EUROPE- In the latest criminal activity on the seedy underside of the produce world, six people have been arrested on suspicion of belonging to a criminal group linked to a string of 24 fruit and veg thefts. The string of crimes allegedly has resulted in around 58,422 lbs of poached produce, according to source EuroWeekly.

The suspected produce pillagers, three from Spain and three from Romania, are believed to have participated in the thefts of avocados, mangos, peppers, aubergines, courgettes, and custard apples throughout the Malaga, Granada, and Almeria provinces in Europe. 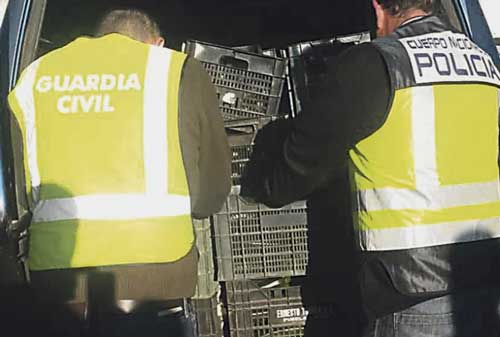 Investigations by the National Police began in November 2016 after catching seven people stealing 2,401 kilos of avocados from a farm in Velez-Malaga. Due to the nature of the crime, investigators believed the thieves formed a faction of a criminal group, and looked into similar crimes.

Upon discovering a similar investigation being carried out by the Guardia Civil’s ROCA rural crime branch in Motril, the two agencies joined forces to pursue the produce crooks.

The investigation led to Almeria, where the group was discovered to organize thefts of large quantities of fruit, primarily mangos and avocados, from farms along the Andalucian coast.

The primary suspect is a businessperson who made the most of his profession as a wholesaler, boxing up and selling the hijacked fruit mixed in with legal produce of lower quality.

How will criminals use fresh produce in their future plunders? Follow along with AndNowUKnow to keep tabs on the latest.