Thieves Pilfer Over $76,000 Worth of Blueberries

CANADA – A truck has been burgled in Canada, and with it, over $100,000 CAD of blueberries have disappeared. This unique theft has inspired a unique manhunt for our friends to the north, as authorities try to track down the culprits at large.

Authorities of Hamilton, Ontario, are on the lookout for the stolen cargo valued at USD $76,520. The Hamilton Police Service stated in a press release that the cargo consisted primarily of blueberries, with a small amount of other fruits.

Who is the blueberry bandit? In all seriousness. Anyone with information is asked to contact Detectives. Read More: https://t.co/YMg2Bu9IlQ pic.twitter.com/lVsknFwCb8

The theft occurred on a Sunday afternoon. The mysterious suspect co-opted a commercial refrigeration truck that was parked outside of a business, enabling the successful thievery of the goods inside. Enlisting the help of the public, Hamilton police have issued social media statements regarding the theft. 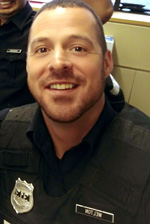 "We're hoping to have some fun through engagement, but also for tips about what is an unusual theft," stated Const. Steve Welton, according to The Hamilton Spectator. "Maybe you notice someone is in the blueberry business who hasn't been before."

Det. George Gallant told TheStar.com that it is more than likely that the suspects have contacts in the fruit stand or restaurant spheres, as they would need to offload the perishable goods quickly.

The commercial truck itself was already recovered in Toronto, but the blueberries and their new owners still remain at large.

Will criminals again flounce into the world of fresh produce? AndNowUKnow will be sure to report as fruit thieves are thwarted blue-handed.