ELK GROVE VILLAGE, IL - Topco Associates announced the composition of its 2019 Board of Directors—a group that will be led by new Chairman Pete Van Helden. The 38-year veteran of grocery retail and CEO of Stater Bros. Markets succeeds Chris Coborn, Chairman, President, and CEO of Coborn’s Incorporated, who will remain a member of Topco’s board. 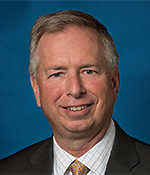 "We are excited to have Pete as the new chairman of Topco’s Board of Directors,” said Randy Skoda, Topco’s President and CEO, in a press release. "Pete brings a wealth of strategic insight and industry knowledge that will help Topco advance its priorities and drive value to the membership.”

Topco’s 2019 board includes the following members: