Trailer Full of Potatoes Catches Fire on I-95

LITTLETON, ME - Last week a truck full of spuds met an early fate as baked potatoes along I-95 in Sherman when the hauling trailer caught on fire. The accident closed down the interstate as fire crews battled the flames. 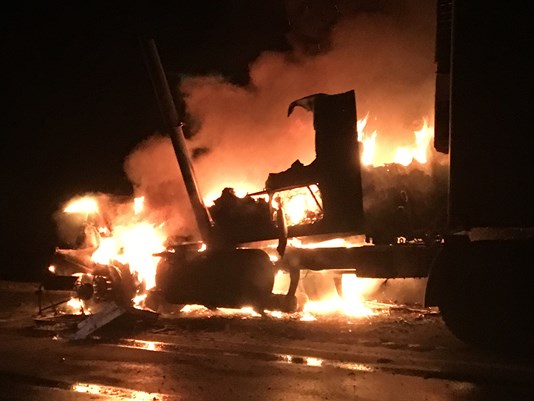 According to local news source WCSH-TV, the southbound semi-trailer went up in smoke around 9 P.M., when driver Marvin Hostetler began feeling heat from the cab and smelled fumes. After pulling over, the truck burst into flames.

Trooper Timmy Saucier of Stacyville Fire Department and the Patten Ambulance responded to the scene. No injuries were reported, however, the truck and potatoes were totally roasted.