MEXICAN COAST - The first tropical depression of the season has appeared this week off the coast of southern Mexico, and quickly strengthened into the tropical storm now known as Andres.

Andres is expected to continue to strengthen throughout the weekend, AccuWeather reports, and could even become a Category 1 or 2 hurricane as it remains on warm ocean waters. 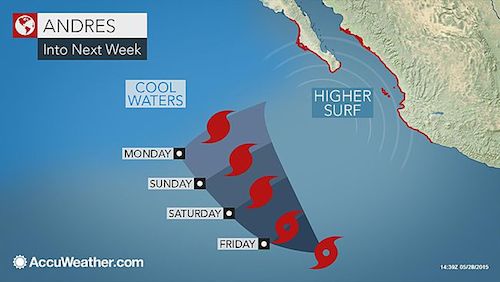 The storm is expected to weaken by early next week when the storm moves to cooler waters and southwest Baja California.

While Andres is not expected to make contact with the Mexican coastline, The Weather Channel predicts that some high surf may eventually reach the Baja peninsula, and as far as Southern California next week. The storm could also produce dangerous rip currents throughout these areas. 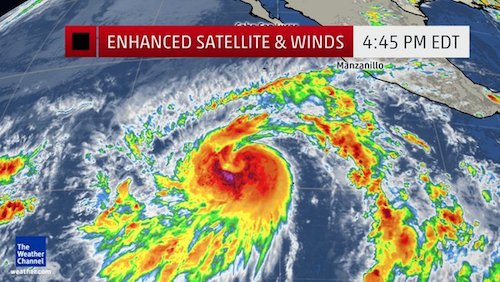 AccuWeather reports that another tropical threat may also take shape off the coast of southern Mexico early next week, and could become the second tropical system of the season. This possible storm would have greater direct impacts on Mexico than Andres, as it would be closer to the Mexican coastline and could bring some rain and wind to the southern coastline of Mexico.

Stay tuned as AndNowUKnow updates you on these developing weather system.