GILROY, CA - With autumn just days away, Uesugi Farms has kicked off its annual pumpkin harvest, offering a portfolio of varieties to satisfy the growing consumer demand. 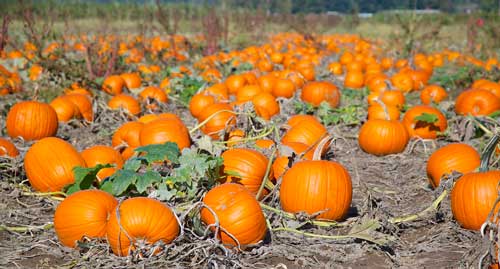 While the popular orange jack-o’-lantern types remain at the top of consumers’ shopping lists, the company is also offering varieties like the Howden, Howden Biggie and Racer. Uesugi Farms grows and sells a wide variety of pumpkins, the majority of which are used for decorative purposes.

“The Howden, Howden Biggie and Racer are all popular varieties for our pumpkin patches, as well as other pumpkin patches we supply. Racers, however, remain the biggest variety we grow for retailers. Howdens can get tall and oblong, while Racers have a spherical shape that attracts more supermarket shoppers,” said Pete Aiello, the company’s General Manager.

According to a press release, close to 100 percent of Uesugi Farms’ crop is used for display, but several of their varieties are edible, making their pumpkins versatile and convenient for consumers. Also adding to the company excitement, Uesugi Farms is trialing a couple new varieties, with potential to be produced in larger volume moving forward. 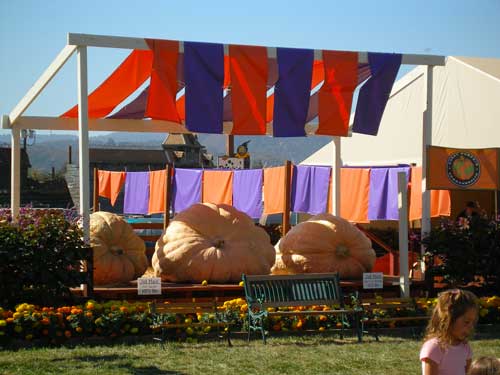 Uesugi begins planting pumpkin seeds in late May across several of their crop fields, which stretch from the Coyote Valley down to Gilroy.

“We have some ideal growing conditions here in the Santa Clara Valley… not only for our pumpkins, but for every crop we grow. The moderate climate affords us strong yield, meaning more production with less acreage, which is great because every acre is important when you’re growing multiple crops and ground is scarce,” said Aiello.

Premium quality and exceptional service is our promise! We’ve been dedicated to growing the finest bell peppers, chili...