FOLSOM, CA – With bountiful health benefits across the board, there are so many reasons to love fresh produce. This week, the U.S. Highbush Blueberry Council announced more reasons to love blueberries after releasing findings from an ongoing study with the Universitè Laval in Quebec, Canada, and published in the BMC of Complementary and Alternative Medicine, highlighting the blue fruit’s role in fighting bacteria.

According to a press release, Highbush blueberry proanthocyandins (PACs)–a type of plant compound found in blueberries–have a beneficial effect against the type of bacteria that is associated with an aggressive form of periodontal disease. 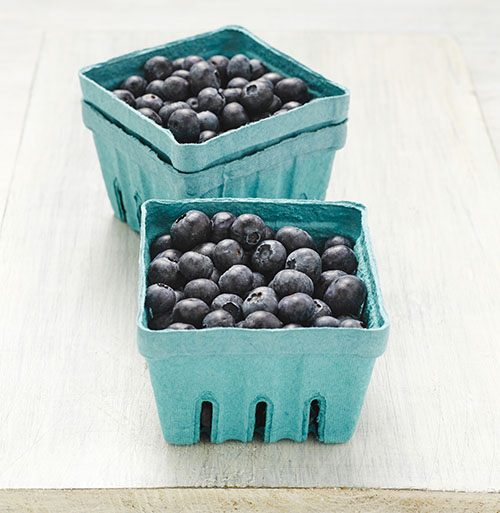 Within the study, investigators isolated the PACs from frozen highbush blueberries, and a microplate dilution assay test was performed to determine the effect of highbush blueberry PACs on the growth of the bacteria. Results showed that PACs with concentrations ranging from 500 to 3.9 ug/ml significantly and dose-dependently reduced bacteria formation. The study’s investigators also noted that the antibacterial activity of the PACs appeared to involve damage to the bacterial cell membranes.

Additionally, the PACs from the blueberries were shown to protect oral macrophages–white blood cells that are crucial to our immune system–as well as blocked the molecular pathway involved in inflammation–a factor largely involved in gum disease.

While the Highbush Blueberry Council states that more evidence is needed, the results of this study add to the body of research on blueberry’s potential antibacterial and anti-inflammatory properties.

For more news giving us even more reasons to love fresh produce, stay tuned to AndNowUKnow.