ISSAQUAH, WA - If there’s one thing I’m sure of as a trade news writer and as a consumer, it’s that the crunch of an apple or pear is the sound of spring to my ears. Soon, consumers will be singing, as Vanguard International reports South Africa’s main apple and pear production areas in the Western region had an excellent winter season with ample rain, snow, and cold units. This was followed up by very good flower and set periods between October and December 2020. These favorable conditions provide a good indicator for a strong apple and pear crop this season.

Less wind and overall good weather conditions favored the Western Cape. The Eastern Cape production area of Langkloof saw a hail storm in mid-January where 1,500 of the 5,500Ha (13,590 acres) were affected. In total, Vanguard is still predicting a positive apple and pear crop for 2021. Like most other commodities, South African apple and pear crops are five to 10 days later compared to 2020.

According to the release, the first apple and pear crop estimate is forecasting an increase of four percent with an estimate of 38 million cartons in apples, and two percent on pears with 17 million cartons for the 2021 South African crop, amounting to a total influx of 55 million. 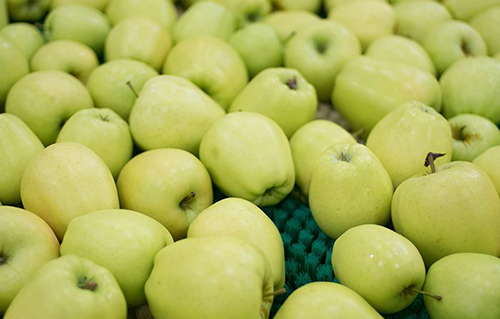 Apples are growing in volume for the second year in a row. The reason for this growth is mostly due to new plantings coming into production. This is part of a major replanting and renewing strategy after the drought three years ago and was expected. For pears, this makes up the two percent decrease Vanguard experienced last year.

All indications show this crop will produce good color on both apples and pears. The early varieties are between five and 10 days late, but the mid- and late-season apples are tracking on time. This will put some pressure on the packing houses and cold rooms, but Vanguard states its South African partners have things well under control.

Panomara Goldens started the first week of February and will be packed shortly with peak sizes between 150 and 165, which is slightly bigger than last year. 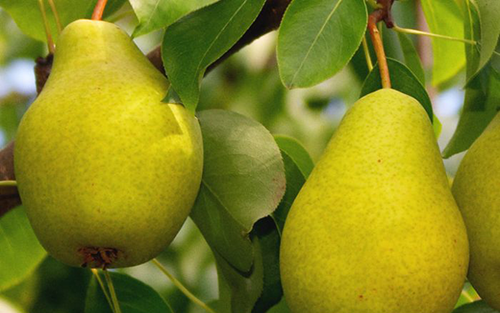 The Early Bon Cretion made their way to the packing houses, but the sizing is small with peak counts around 112/96/120. Two additional pear varieties being packed now are the Flamingo and Rosemary varieties with a smaller size than past seasons and peak sizes very similar to the Early Bon Cretion.

Pickings of Packhams will start in week five or six. A six percent larger crop is expected this year than last. This growth is mostly due to new plantings coming into production and an overall cleaner crop due to less wind damage this year. Peak size will be around count 70/80, but this could change region to region.

Flamingo, Rosemary, and Early BC pickings will be finished by the second week of February, while normal WBC (Williams Bon Chretien) will start in week seven. All these varieties tend to be smaller than last year, which is normally an indicator of a larger overall crop. 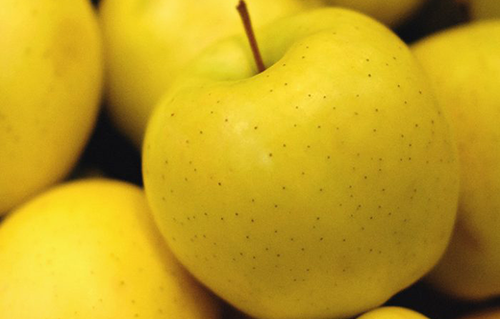 Vanguard noted Forelle is still a way off with the early packing starting in week 11/12. Judging on other earlier varieties, the company is expecting good production volumes.

As stated in the release, Royal Galas will be picked in volume and packed in early March. The color on this variety is very good and peak sizes are around 165/180. Color is similar to last year which was an already good color year. Vanguard noted it expects a good quality product with decent size. Golden Delicious will follow one week later.

Stay up to date with the latest in fresh produce as we continue to report.