UNITED STATES - Some major R-E-S-P-E-C-T is in order as organic and natural retail behemoth Whole Foods Market is rolling out multiple new stores in competitive markets across the country. This news comes to light following the grocer’s dark store concept implemented in strategic locations, leaving us to wonder what else Whole Foods has up its sleeve. Along with this multi-tiered launch comes several initiatives targeting the fresh produce department.

On Friday, July 17, Whole Foods opened its 14th location in New York City, according to a press release. The 60,245 square-foot store in Manhattan is part of a 5.4 million-square-foot Hudson Yards development. This location brings added value to the market, namely because of an expanded produce department with selections from more than 15 local growers, including mint and chives from Square Roots, salad kits from Gotham Greens, and grown-in-store mushrooms from Smallhold. 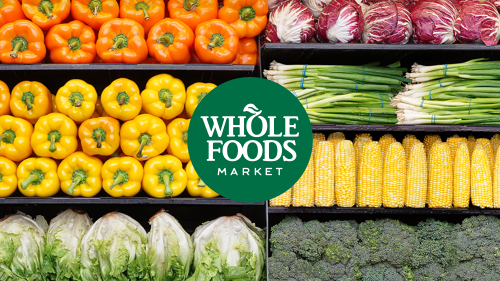 A new location also opened up in Castle Rock, Colorado, on Monday, June 29, in a 43,000 square-foot facility. This store also places an emphasis on fresh produce, offering fruits and vegetables including selections from 10 local growers. Entering the same market as one of Whole Foods’ recent dark store openings, we at ANUK are curious to see how the expansion plays out.

With Whole Foods Market on such an aggressive growth trajectory, keep checking in with us at AndNowUKnow.