NETHERLANDS – Even though it’s 2015 and we don’t have flying cars or vacation homes on Mars, we do have some pretty cool advancement in robotics.

The European research project, Clever Robots for Crops (CROPS), has created the world’s first working sweet-pepper harvesting robot. According to CROPS, the robot was developed in Wageningen and is able to locate, to approach, to hold, to detach and to collect ripe fruits. 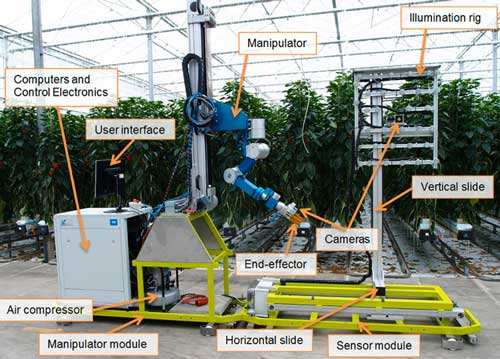 The project has been coordinated by Wageningen UR Greenhouse Horticulture and was co-funded by the Dutch Horticultural Product Board. The four-year research project had 13 partners from 10 different countries and led to the creation of a universal robotic platform for producing and harvesting high volume crops.

The robot works autonomously and uses 3-D cameras to evaluate the size, color development and ripeness of the peppers to ensure they are ready for harvest. 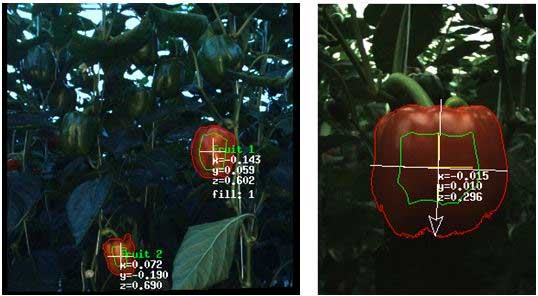 While it is not commercially viable yet, its experiments in the commercial greenhouse have yielded valuable data and information to continue to build from.

According to physics.org, a new European research project has been awarded to Wageningen UR for a three-year period. This project will specifically focus on the further development of the pepper harvest robot.