MIAMI, FL – Helping more than 60,000 people in 60 different communities may seem like a job well done, but for ONE BANANA, it is just the beginning.

As we previously reported, ONE BANANA is well-invested in programs helping the environment, communities, and its employees. Now the corporation is setting its sights on schools and programs that will allow previous generosities to be self-sustaining.

I spoke with ONE BANANA North America’s newly appointed President, Craig Carlson, about what the company has in the works for 2015. 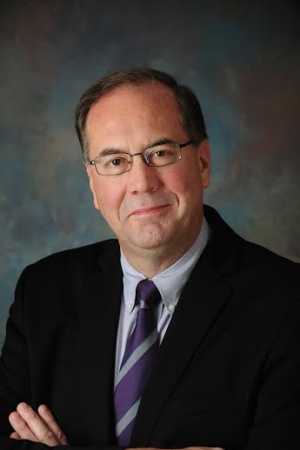 “Our operations are a long-term business. If we destroy the environment, which is the main input in the production of bananas, we would be irresponsible not only to communities and the environment, but with our own business,” Carlson tells me.

He added, “On the other hand, most of our workers and their families live in rural areas, where the needs are enormous. If we invest in their basic needs, we will have healthier and better trained employees, which will result in increased performance and productivity.”

Carlson tells me that some of the biggest challenges in starting and maintaining these programs include prioritizing, making the programs sustainable, and continuing to form lasting partnerships.

“It is still the myth that ‘entrepreneurs are bad,’” he says. “However, we managed to carry out programs with institutions of local governments like the Ministry of Health, Ministry of Education, etc.”

One of those programs is the healthy school meal program, which will be adding six new schools this year. By focusing on adding bananas to school meals to promote health and cognitive development, this program has already benefited 906 students, 360 mothers, and 3,000 community members, according to Carlson. The program has been so successful, in fact, that it led to ONE BANANA’s parent company, Agroamerica, being recognized with Unilever International’s 2014 “Big Tick” Award for Responsible Businesses.

The company does not, however, restrict itself to kids. It has joined forces with Water and Sanitation Health to prevent gastrointestinal disease with access to safe drinking water in the department of Escuintla and Southwest Guatemala. “We aim to benefit 60 communities and 287 families in the area,” Carlson added.

This is all part of ONE BANANA’s plan to become the new and innovative brand that retailers have asked for and customers will love.

“We are positioning ourselves with the customer as the banana company whose growing and business practices allow them to actually know their banana - its growers, their communities, and the land it’s grown on,” Carlson said. “We are ONE - the banana company that connects you to the most fun and delicious fruit in the world. Directly and transparently.”

Looking to the future, ONE BANANA is expanding its multi-sourcing approach by adding acreage in Ecuador with plans to grow its operations in Panama and Peru as well. The company also has plans to expand its Organic Bananas and is looking to add additional products like plantains.

With Carlson now leading the charge in North America, it will be interesting to see what else this new company will be able to achieve.