SAN FRANCISCO, CA - If you’re like me, you’ve been watching the Winter Olympics and thinking, “Why can’t I do that?” Well, it turns out the answer may be as simple as: not enough potatoes! With the Olympics in full swing, Fresh Solutions Network’s Side Delights® is taking a new look at potato’s ability to impact athletic performance, citing the newly released Olympian Menu among other high-profile potato applauding media.

In PyeongChang, Korea, where the Winter Olympics are being held, the 2018 athlete’s village kitchen has 180 chefs serving 7,000 meals a day at its peak, and two senior sports nutritionists appointed to the United States Olympic Committee. According to a press release, Team USA shipped 85 pallets of food and equipment–including potatoes–to ensure athletes had exactly what they needed for fuel at all times. 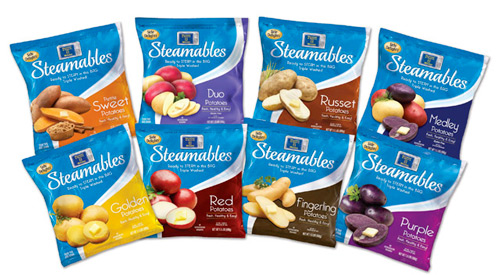 One of the nutritionists, Susie Parker-Simmons, gave her estimate of the recommended dinner for a female cross-country skier: “a bun or roll with 4 ounces of meat, a cup of vegetables, a cup of quinoa, and a cup of baked potato wedges, as well as yogurt and fruit.” Sounds like delicious athlete fuel to me! 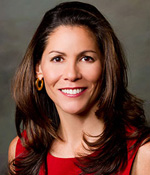 “Athletes of all levels know that potatoes are fuel for athletic performance,” said Kathleen Triou, President and CEO of Fresh Solutions Network. “The recent RunDisney Health & Fitness Expo at the 25th Anniversary Walt Disney World® Marathon in Orlando, Florida, included a Potatoes USA Nutrition Program, giving credibility for potatoes as fuel for athletic performance, with 75,000 athletes and spectators receiving recipes and nutritional information on potatoes from the Potatoes USA team.”

In a press release, Side Delights cited, along with the 26 grams of carbohydrates present in potatoes that are necessary for performance, the veggie contains 620 milligrams of potassium–an important electrolyte that aids in muscle, cardiovascular, and nervous system function. And a bonus: potatoes are packed with antioxidants, boasting one of the highest overall antioxidant activities among vegetables. 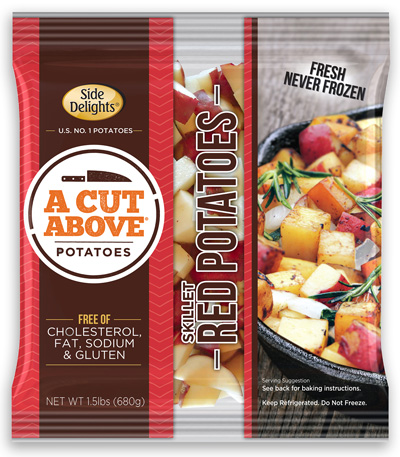 Want to learn even more about potato nutrition? This data, as well as performance driving recipes and links to Performance Magazine, are available on the Side Delights’ website’s nutrition page.

I don’t know about you, but my Olympic training may start today with a side order of fries.

Fresh Solutions Network,LLC® is the exclusive supplier of Side Delights® fresh potatoes and onions. FSN is a group of...