YUMA, AZ - As we’ve seen in recent crop updates from companies throughout California, the state experienced some unanticipated cold weather in October that ground some growing operations to a halt. The development of those crops has been carefully monitored, as many growers are just beginning to transport their operations from Salinas, California, to Yuma, Arizona. Pivoting off of the last couple months, the industry as a whole is bouncing back with a bountiful supply ahead of the holidays. Pacific International Marketing is one of such companies, and Commodity Manager Jeff Hyosaka took a break from the hustle and bustle to detail this strategic move. 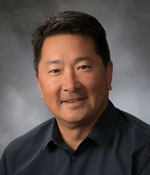 “We have begun to ship out of Yuma and the Scottsdale area coolers, but it won’t be a seamless exit from the North and into the desert,” said Jeff. “We are transitioning pretty much all of our categories. With the major players starting cross-dock loading as of November 18, we need to be up and loading in Yuma as soon as possible on all commodities.”

Pacific International Marketing grows items that range from broccoli and leafy greens to celery and cauliflower. Because of the frost that encroached on us this fall, the company is pivoting to meet the increasingly demanding needs of the market.

“The warmer weather has accelerated the end dates up North, but the desert has not begun with a steady stream of production by any means,” Jeff told me. “The Yuma area experienced some of the coldest nighttime temperatures that we’ve seen in many years during the week of October 28.”

Jeff continued with what retail and foodservice partners can expect following this transition. Proceeding with cautious optimism, he told me that it’s too soon to tell what December will bring, but Mother Nature has a way of filling in or widening the gaps.

We at AndNowUKnow wish the best of luck to growers throughout this season’s transition.