GONZALES, CA - The fall season is bringing a new look along with it for California vegetable company Misionero. The company has unveiled a rebranded new logo for its Garden Life logo, as well as a revamp of its packaging for the Washed and Trimmed Leaf Lettuce line. 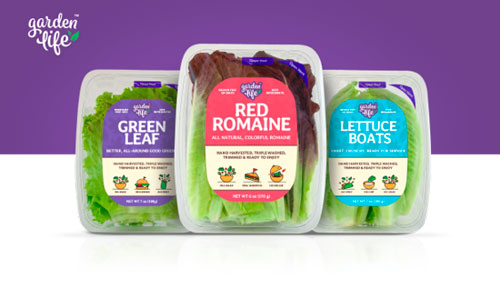 The idea for this rebrand and packaging design came straight from listening to the voices in the market, according to a press release, and includes a variety of new, well-thought-out elements. From new product usage callouts on the front of the label to new peel and reseal label technology, Misionero says its new look effectively removes the lid,  while eliminating 20% of plastic used in its prior packaging design. The new consumer brand was also designed for more product visibility on the retail shelf, and the company plans on moving all of its retail valued-added products to this peel and reseal film.

This launch is just one of many in Misionero’s continued focus on cutting-edge innovation, the company says, and is part of its mission to build on ideas that benefit both the consumer and our environment. As its slogan says, “Misionero…Real People, Creating Real Food for a Greener Future (on and off the plate).”

Misionero also has a new website in the works to further support its new look, so stay tuned for the new and improved www.misionero.com.

A family-owned business founded in 1973 by Floyd Griffin. From its inception our founder recognized the decisions made...