IMMOKALEE, FL - Affirming their commitment to community, growing their profile amongst increasingly-conscientious consumers, and working to ensure the success of the children of farmworkers; this week, Santa Sweets Inc. and Gargiulo Produce Inc. held a dedication ceremony for the “Mainster Digital Literacy Program.” The program is designed to support digital literacy initiatives for economically disadvantaged students in Collier County.

“Barbara has been a tremendous friend to our companies, our workers and our industry,” said Joseph M. Procacci, Chief Operating Officer, Santa Sweets. “There is nothing more precious to us than our children. Her incredible leadership during her career has opened doors that weren’t previously there for our workers’ children. Our employees show up for work knowing that their kids are in great hands. Thank you Barbara. We wish you nothing but the best in your retirement!”

Opper hosted a virtual classroom tour during the event, demonstrating the many ways in which Pinecrest’s teachers are using iPads to increase student engagement, foster creativity, and make learning more enjoyable. The tour featured a gameshow-style science lesson for fifth grade students and a coding lesson where second graders programmed a robot to walk along a straight path.

The event was a celebration of Mainster, retiring Executive Director of Redlands Christian Migrant Association (RCMA), her distinguished career as an educator and advocate for farmworker families, and a showcase of the enormous strides being made by Pinecrest’s students.

“Every student now has the opportunity and responsibility to control their own learning. They are on track to be influential members of our increasingly digital society,” said Dylan Opper, Pinecrest Elementary STEM (Science, Technology, Engineering, and Math) Coach. Opper said the donations have allowed Pinecrest to carry out “a strategic plan of STEM education goals for each grade level.” 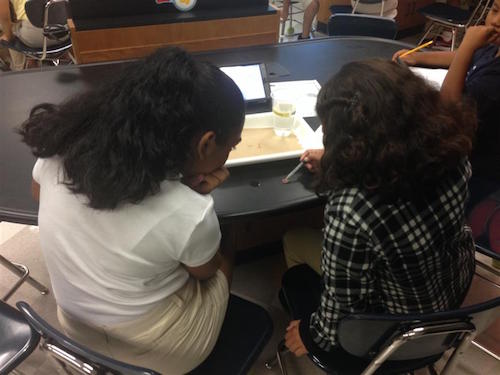 Nearly all of Pinecrest’s students are from economically disadvantaged households where English is a second language. The vast majority of these students lack access to digital learning opportunities at home. After an initial donation of five iPads yielded overwhelming results and praise from students, parents, and teachers alike; Santa Sweet and Gargiulo followed up with subsequent donations that quintupled Pinecrest’s number of iPads.

For more on the philanthropic side of produce, stay tuned to AndNowUKnow.