YAKIMA, WA – As Star Wars fans flock to theaters for the opening of The Force Awakens today, Sage Fruit is continuing to tap into the craze to promote fresh produce for both children and adults.

The company has unveiled its new Star Wars car to retailers nationwide to drive shoppers to the produce aisle. This unique display builds off the company’s efforts to showcase its fruits using Star Wars related branding. 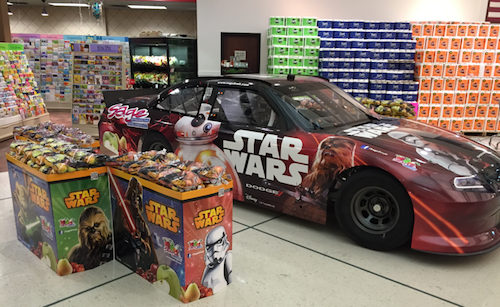 Kaci Komstadius, Sage Fruit’s Social Media Director, tells me that the reception to the Star Wars packaging has been great so far and that the vehicle serves as another fun way to further amplify retailers’ promotional options.

“We have been overwhelmed by the number of stores that have participated in this event,” she said. “We have many ads running around the film release and we have many more ads planned for the next several weeks as the movie hype continues.”

Formerly Sage Fruit’s Spider-Man car, the company has been debuting the vehicle to various retail chains nationwide for use with store openings, ads, and for unique displays. 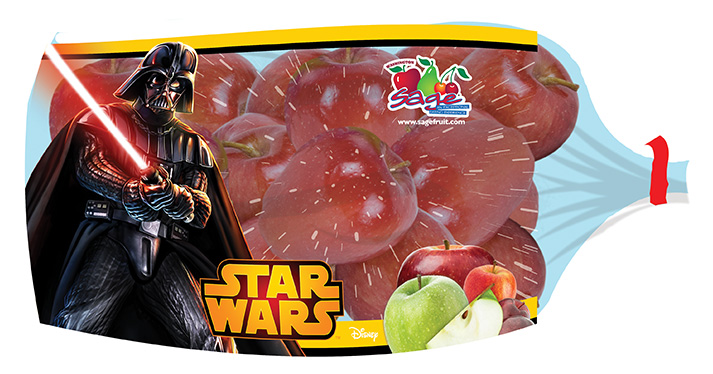 The hype for The Force Awakens is hitting its peak, and there couldn’t be a better time than now to “Star Wars-ify” your produce aisle.