“Sakata Seed is proud to have an industry-proven series that is able to go from international success to intergalactic! The ability of Profusion to grow in the most extreme, unpredictable conditions is a true testament to the vigor and flower power of this amazing plant!” Jamie Kitz, Key Account Sales Manager for Sakata said. 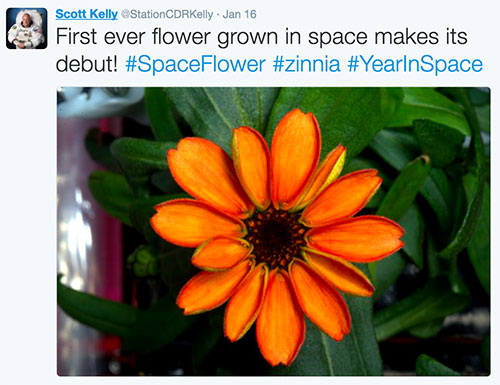 Profusion Orange is part of the company’s extensive line-up of ornamental offerings and an All-America Selections Gold Medal Winner. The variety, which has received accolades and gained popularity in the industry throughout the years, boasts uniformity, extreme heat and drought resistance, and disease resistance, making it easy to grow, according to a press release.

As part of the Veggies experiment which tasks astronauts with the challenge of autonomous gardening in deep space, the zinnia space cultivation began November 16th, 2015 by astronaut Kjell Lindgren.  As part of the Veggie system, Lindgren activated rooted ‘pillows’ of Profusion 5 Color Mix zinnia seeds in November of 2015. The first bloom was reported on January 12th, 2016.

2016 has been a busy year for Sakata Seed, the year also marking the 10th birthday of Sakata’s innovative sun and shade-loving impatiens hybrid, SunPatiens.

SunPatiens® was commercially launched in 2006, and has grown to be recognized worldwide as one of the best performing flowering annuals in its category, especially in Japan, Europe, and North and South America, according to a press release.  This variety has proved to be a solution to issues such as impatiens only thriving in shade and susceptibility to downy mildews and as the collection continues to grow, Sakata looks to provide more choice in habit, color and foliage than any other in its class. 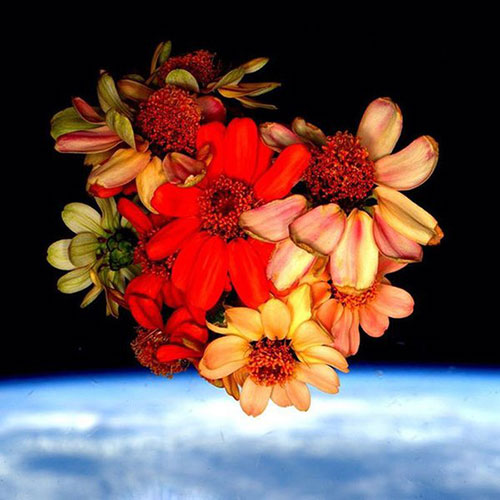 A celebration of these achievements will be present at Sakata’s California Spring Trials display this April.

“There are definitely more surprises to come this year, when it comes to SunPatiens. Our birthday celebrations will kick off at CAST, and we have a couple of exciting announcements and marketing initiatives that will come into play soon – be on the lookout for those, and come party with us in April!” said Senior Marketing Manager, Alecia Troy.

In addition to the birthday celebration, Sakata will be debuting an array of new varieties with significant new varieties added to the collection this year which include Majorette gerbera, Ping Pong gomphrena, Planet delphinium, Bloomingdale II ranunculus and new SunPatiens and cyclamen colors to suit your fancy.