VANCOUVER, BC – When SunSelect and Divemex’s Outrageously Fresh program was announced this past month, both companies began to embark on a premiere venture that will ultimately create “the largest capacity under glass of any privately owned greenhouse brand, with more than 900 acres in production between them,” exclusive marketing partner Oppy said in a press release.

Now, SunSelect and Divemex are undergoing a massive growth spurt and the new Outrageously Fresh program looks to be a bold step forward in the greenhouse category.

“To us, ‘Outrageously Fresh’ means a serious commitment to innovation from seed to table. Both Divemex and SunSelect go to extremes to produce and deliver great quality produce grown in ethical, sustainable ways,” Mike Reed, SunSelect’s Chief Business Development Officer and Executive Vice President of Sales and Marketing, tells me.

As the name implies, being ‘outrageous’ gives SunSelect and Divemex the opportunity to be bold and take risks. You can already get a sense of that idea in the vibrant, innovative packaging that will carry some of the greenhouse-grown products these two companies will provide. 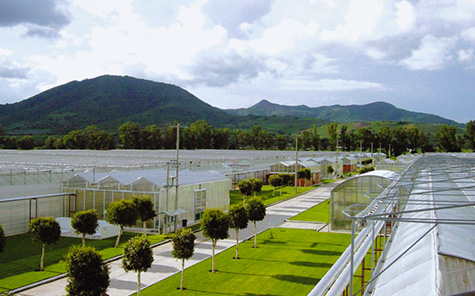 Starting in January, consumers will be able to pick up Outrageously Fresh mini peppers, mini cucumbers, or snacking tomatoes in an innovative new style of packaging for fresh produce – a mason jar bag. When I ask Mike about the inspiration behind this unique idea, he tells me that they pictured the pack sitting on the kitchen counter, offering a great alternative to sweet or salty snacks with easy access. 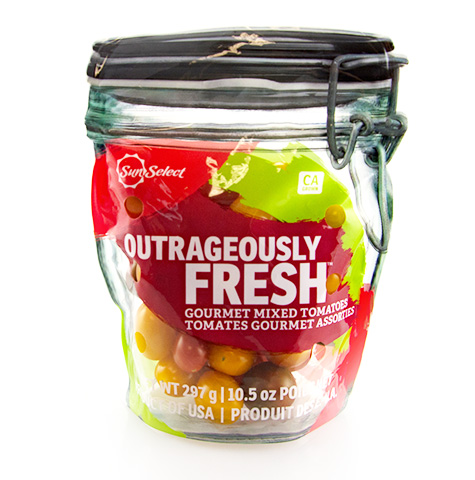 “We felt it was ‘on trend’ with consumer interest in canning and DIY being so strong right now,” he said. “We also felt it provided an exciting opportunity to re-position the idea of healthy snacking. The bright graphics enhance its appeal while allowing both SunSelect and Divemex to maintain their brand equity alongside the Outrageously Fresh label. Packaging within the produce category has been relatively stagnant for several years and we think that the jar bag look, high graphics, and ease in merchandising will make it an instant hit with consumers.” 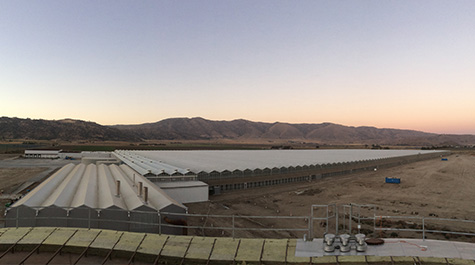 It’s already a massive enough undertaking to involve two growers producing on over 900 acres, but Mike tells me that there’s still room to grow. SunSelect recently opened the second phase of its facility in Tehachapi, CA. It entails 32 acres growing all three colors of peppers plus specialty tomatoes, as well as an expanded area of trials for potential new products in development, Mike notes. Currently, SunSelect’s total capacity between British Columbia and California is 185 acres of high-tech glass greenhouses. Divemex has also expanded its production by 80 hectares this season.

With the promise of more Outrageously Fresh products and packages on the way in 2016, this new endeavor looks to be a promising one. Stay tuned for more exciting new from SunSelect, Divemex, and Oppy.