PHOENIX, AZ - Vision Produce is making its move to harness the power of the desert sun this April. A new $536,000 solar power generation system at its produce distribution center in Phoenix, AZ will include 1,930 solar panels and is expected to generate 377,580 kwh per year. 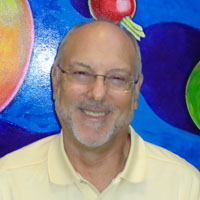 "Because of having so many sun days during the calendar year in Phoenix, it just seems like the logical thing to do," said Bill Vogel, President of Vision Produce.

The power generated by the panels will mitigate annual emissions of 260 metric tons of CO2, equivalent to 55 passenger vehicles, 620,000 driven miles or 29,200 gallons of gasoline every year, according to a press release.

The First Solar Cadmium Telluride solar modules being installed in this project are well fit to work in the AZ desert, as the nature of its thin film technology enables them to produce more energy per rate watt due to their superior performance above rated temperatures. The new system is expected to supply 59% of the electricity Vision Produce uses in Phoenix every year. During the summer months, the solar system will even produce a surplus of solar energy, which will be sold back to the Salt River Project one of Arizona’s largest utility companies.

The system, which uses a mounting structure that doesn't penetrate the roof, is being funded with support from JP Morgan Chase. The company says the project was attractive financially despite Salt River’s recent action to end their net metering policy for commercial solar projects. Salt River is also due to contribute an incentive of $9,960. For the execution of this program, Vision partnered with Wilson Electric, a solar installer company ranked “No. 1 Solar Installer and Large Electrical Contractor” by Ranking Arizona. Wilson Electric has installed over 60 megawatts of solar power in Arizona and New Mexico.