Paul Kneeland, Vice President of Produce, Floral, Seafood and Meat for Kings Food Markets, has been featured in the latest edition of AndNowUKnow’s print publication, The Snack Magazine.  Paul discussed the Kings difference and the company’s latest expansion and rebranding efforts.

“When you are in a constant state of improvement and enriching your personal and professional experiences, you can only really succeed,” Paul Kneeland, Vice President of Produce, Floral, Seafood, and Meat for Kings Food Markets, tells me. Paul jumped on board the East Coast powerhouse in 2007 and seven and half years later, he is helping to fuel the company’s efforts to rebrand with its foodie, fresh forward message. 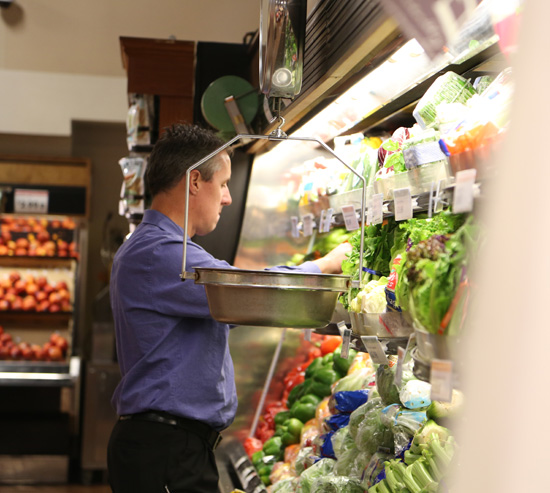 “I have always been drawn towards produce and the possibilities of really great food.  The leaders at Kings have this wonderful creativity and zest for all things delicious.  As a consumer walks into the store they may not have predetermined their dinner spread, what’s on the menu for this weekend’s BBQ, or what fresh seasonal produce they’ll want to stock in the fridge,” Paul notes. “This is where we come in, or rather, how we address the customer from the door in.”

Now a part of Kings Food Markets’ new strategic plan to refresh the 80 year-old grocery format, Paul is forging a path for converting the unique grocery format into a foodie-inspired platform.

“It’s important for us to look and taste good,” he tells me. “The entrance to each location is prime real estate for communicating Kings’ priorities to our foodie audience and our latest endeavors are showcasing produce and perishables front and center.”

“It’s something we like to call the Kings Difference.  We don’t just tell you that we make our selections daily, but convey the message through our presentations and attention to perishable offerings,” Paul notes. 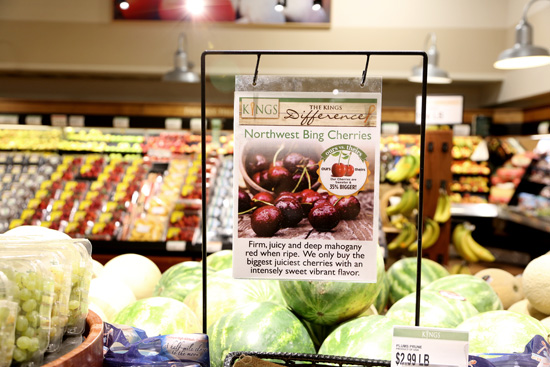 Paul got his start at Roche Bros. in Boston, where the now-produce exec was born and raised.  In 1981, Paul started as a grocery bagger, and by the time he wrapped up his 26 year stint at Roche and made his way to his current gig at Kings, he was carrying the title of Produce and Floral Director.  Currently, Paul is also the President of the Eastern Produce Council.

Paul not only oversees the work he loves, he also writes about it.  The produce exec is a Featured Columnist for Gardener News, a role he took on in 2007, writing for columns such as "King of Produce," a feature on healthy eating using fruits and vegetables, as well as "Passionate about Produce.”

“It’s been a great journey,” Paul tells me. “I have been at every rung of the ladder…bagger, maintenance, night crew for grocery, you name it.”  Paul got his foot into perishables at Roche Bros. right after high school and became the youngest individual to hold a position there, in produce.  He also became the company’s first Produce Merchandiser. 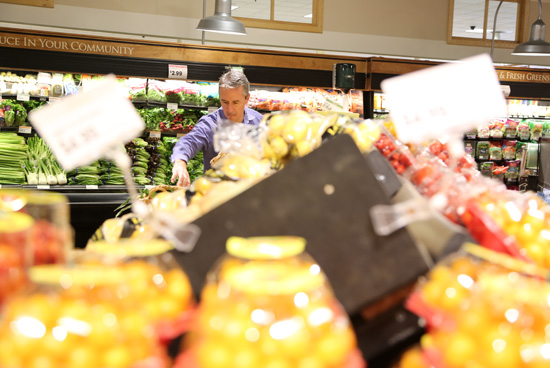 During Paul’s time at Roche, he had the opportunity to work under Tom Murray, the current Vice President of Produce and Floral for Roche Brothers Supermarkets.  “Tom was one of my first mentors in the industry.  He’s been with the company for 40 years and he imparted an amazing amount of knowledge on me as I was trying to get my bearings in fresh produce. I followed Tom up the ladder and he helped pave the way for my success,” Paul tells me.

Paul’s passion for produce is only matched by his passion for running, something that helps him stay focused and fit for his 12 hour work days. “Luckily, with Smartphone technology, I am able to work even later… well into the evening and on weekends,” he laughs. The avid runner currently has 3 marathons under his belt including the NYC Marathon and numerous half marathons, 10ks, and 5ks.

“My wife was really the driving factor when I started running. She was doing a triathlon one day, and I went down to watch and support her.  I ended up volunteering at the finish line, and next thing you know, I had the itch for running,” Paul reflects.

Growing up in the Roslindale area of Boston, Paul is a die-hard hockey fan as well and considers the Bruins his go-to team. When I ask him about the Red Sox, he tells me, “I was a life-long Red Sox fan, until there was this one game…”  We laughed and  left it at that.

His drive to stay on top of the game is constantly being re-imagined in the fresh produce department. “Keep things interesting,” he notes.  How does that translate for Kings? The company provides the “strange” and the “funky” in the produce category while also offering recipes for everything from artisan sandwiches to spicy shrimp and cantaloupe kabobs. 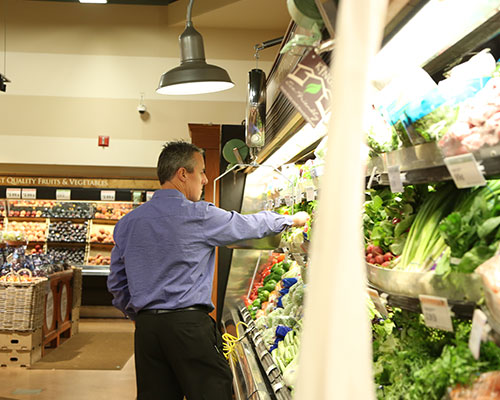 Kings is always striving to stay in the “know.”

“Stay on top of the trends,” Paul notes. “Maybe more importantly, try and get ahead of them. The company’s ‘store prepared’ concept goes beyond just fresh cut fruit, but also prepares ready-to-eat and ready-to-cook ingredients that can be combined to create a dish, or be the dish.”

Take kale, Paul says. “We used to use kale as an afterthought, a garnish on a dish or something we added to decorate the meat cases. Now, we can’t keep it on the shelf.  Staying in front of trends shows our dedication to enhancing the food experience.”

Or what about dragon fruit? It took years to find it at a local grocery store here in the states. Paul tells me that where some stores don’t want the hassle of “shrinking it out,” Kings has made a way to keep a steady demand for such exotic items. 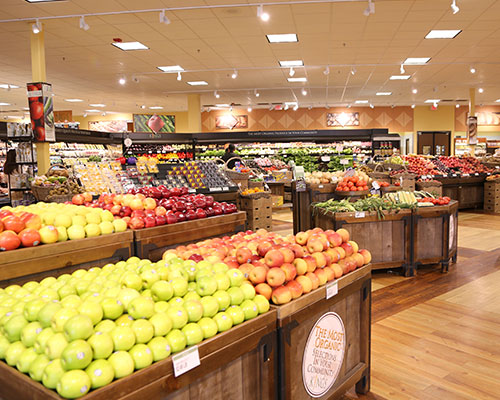 As the retail grocery market continues to gain momentum and competition, Kings’ evolving message is ensuring the retailer remains situated at the top.  “The best thing about us is that we will never be complacent, there is always an opportunity for growth and improvement,” Paul says.

“Our priorities are always going to align with industry growth and developing our competitive edge,” Paul notes. “But not at the expense of the consumer.” 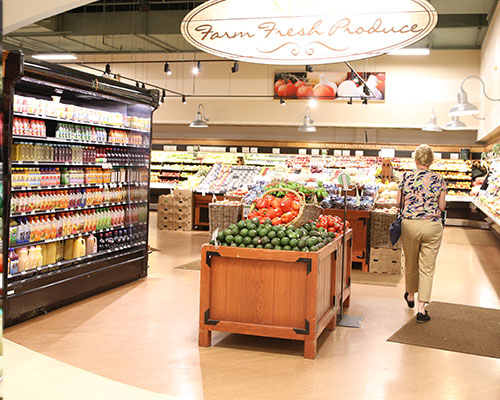 This level of care isn’t an abstract philosophy for Paul, but a notion he addresses himself in each project and at every level of the business. Paul will be the first person at a store remodel to walk up to a display and start constructing or deconstructing it to meet the demands of the new concept.  And from what we have heard from produce suppliers, actions like this are contagious.  Paul’s hands-on approach earns the respect of all the people in his company, from the part-timers all the way to Kings’ executives. Suppliers tell us that a partner like Kings is what they have been looking for, an exciting regional chain that forces everyone to sharpen up.