Pete Overgaag, the President of Hollandia Produce, L.P., has been featured in the latest edition of AndNowUKnow’s print publication, The Snack Magazine. Pete discussed how his family’s ‘leave no stone unturned’ mentality has shaped the company into a produce powerhouse.

Pete Overgaag slips on a coat and pulls himself into the driver’s seat of a loaded truck. It’s just after midnight, and he hasn’t had much sleep. With a smile, he turns the key in the ignition and remembers the call he received moments ago: “Sorry for the late notice; I was supposed to leave an hour ago, but I’m too sick and can’t drive,” said the caller. At the sound of the engine roar, Pete steps on the accelerator and drives off with a truck full of produce, determined he can still deliver it on time. Dedicated, yet soft-spoken, this is the President behind Hollandia Produce, L.P.

“There’s always room for improvement. No matter what area, personally or professionally, you can always do better. That’s why we’re always checking to see what else we can do.”

“I grew up in this company, and I know all the aspects behind its processes – from the dirt to the truck,” Pete tells me. From that one statement, I already know that I’m speaking with someone who has proven time after time his devotion to the industry, and his passion to seek new ways to enhance his brand. 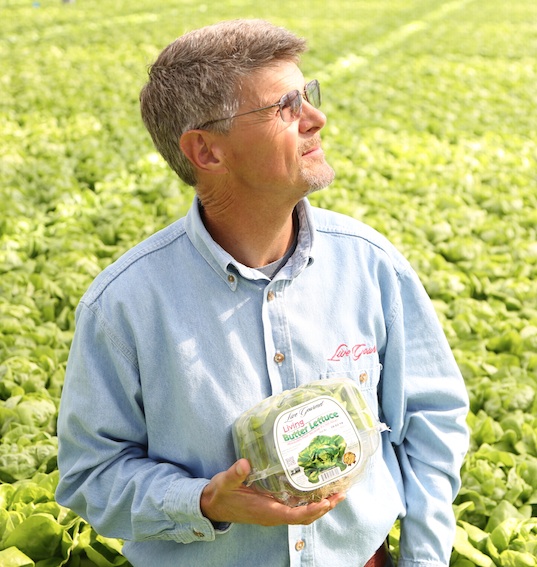 Pete was destined to be a greenhouse vegetable grower. It’s been a long-standing tradition in his family going back to its roots in Holland starting with both of his grandfathers. Coming from a long line of greenhouse growers, he’s quick to say that his family, especially his parents, is one of his biggest influences on his life.

“Growing plants is what I’ve done all my life. It’s completely in my blood,” he says. “I’m proud to be able to keep our family farming tradition going here in California.”

In 1968, his parents and three siblings, Ellen, Karin, and Leo, packed their bags and emigrated to America from Holland, all the while knowing very little English at the time. Upon arrival in California’s Santa Barbara County, Pete’s father started working as an estate groundskeeper for a couple of years before deciding to buy an existing cut flower nursery in Carpinteria in 1970. This facility would later come to be known as Hollandia Produce. 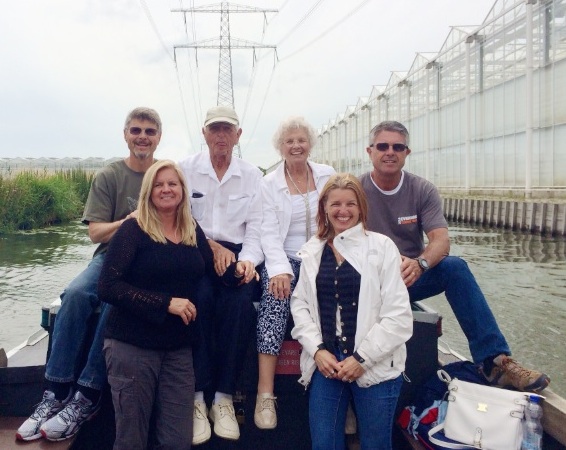 Though the facility was already growing cut flowers, Pete’s father started experimenting with greenhouse vegetables such as hothouse cucumbers and tomatoes throughout the 1980s. About a decade later, operations expanded to include lettuce, and eventually cress by 2000. Flowers, cucumbers, and tomatoes were phased out of production shortly afterward so the company could sharpen its focus on growing multiple varieties of lettuce and cress. Even through all those 44 years of hard work, many of the people who made Hollandia what it is today are still working to continually improve the brand.

“My sisters Ellen and Karin still work for Hollandia, but my brother Leo and his wife Suzette own North Shore Greenhouses. We all work closely together despite being separate companies,” he says. That bond carries over to company employees as well, including some who have been working and are still working for the company ever since it was first established.

“I couldn’t be more proud of the example my parents set. I’m always so inspired by them and our team. We have a family atmosphere here, and everyone is dedicated to moving things forward,” he tells me. “To me, that’s very motivating. We move together as a single unit.”

A common understanding of the company’s core values is what keeps everyone together. These values serve as a daily reminder to keep moving toward a unified goal, especially towards food and employee safety. Hollandia even scored a 100% on its last food safety audit by Primus Labs. “We took a survey amongst ourselves and really defined our values; namely, a positive work environment and food and employee safety,” Pete tells me. “We’re committed to making sure everything is as safe as possible.”

Today, Hollandia offers Living Butter Lettuce, Living 3-in-1 Lettuce, Living Red Butter Lettuce, and Living Upland Cress under its Live Gourmet brand, along with its certified organic Grower Pete’s living butter lettuce and watercress. All lettuce products are packaged in the company’s protective “Squircle” clamshell, and all are sold with their roots still attached, to keep the products as fresh as possible when they arrive in store.

“Our ‘Squircle’ clamshell was immediately a big hit and helped give us a unique look for our brand. We realized we could fit about 20% more products on the pallet just by changing the shape to our current design,” Pete tells me. “The benefit for our retailers and the end user is that we’re able to lift the plants out of the growing channel and package them whole with the roots intact. The consumer receives a fresher plant with extended shelf life because it’s still living.”

The innovations didn’t stop there. Even in the midst of California’s severe statewide drought, Hollandia employs a continuous-flow-hydroponic system, known as nutrient film technique (NFT), to recycle water while also limiting water loss due to evaporation and preventing soil erosion. Depending on the region, soil structure, time of year, and irrigation method used, this hydroponic system conserves 66-84% of the water that would be used if the lettuce were to be grown in the field.

“Our systems naturally save water,” he explains. “All of the roots of the plants are in the enclosed growing channels, and the water they’re given in those channels is re-circulated, re-filtered, and re-sterilized.”

“Leave no stone unturned,” he reminds me.

Having a hydroponic system not only produces generally 3.55 times more lettuce per acre than conventional field growing methods, but it also allows the company to precisely control and fine-tune all of the living conditions for the plants, including nutrients and climate. Each of the company’s 25 acres worth of greenhouses are computer-controlled and include sensors that tell growers if it’s too cold or too warm. By using energy-saving thermal curtains, efficient heating systems, and by maximizing the solar efficiencies of the greenhouses, Hollandia has also successfully cut energy consumption by 60% over the last ten years. 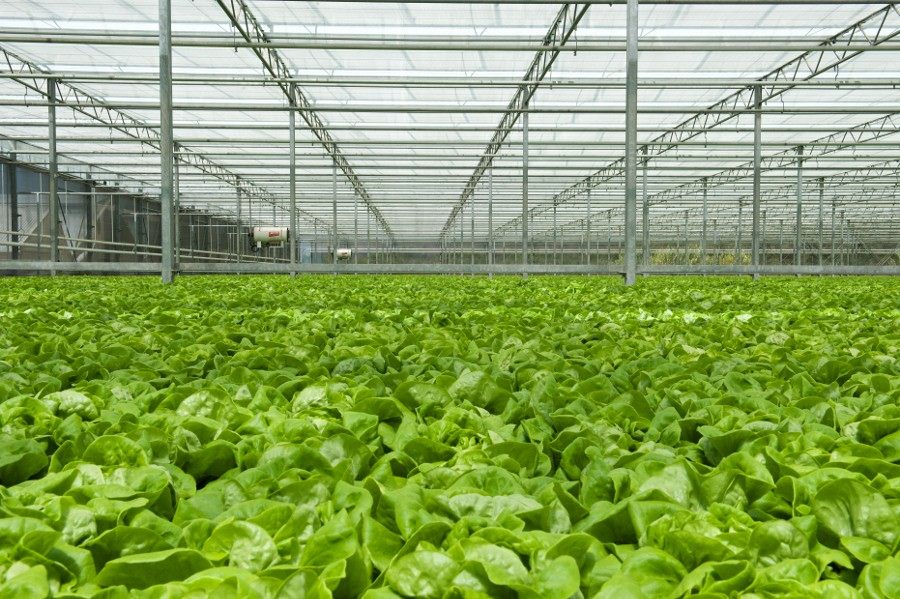 “We really baby the plants,” Pete laughs. There’s still a lot left in store for this family-operated produce company. For the past two years, Hollandia has been hydroponically producing organic butter lettuce and watercress, and Pete indicates that the company will continue to expand on that program.

“We see the butter lettuce market as a good opportunity to grow because it’s such a small percentage of the total lettuce category,” he says. “We’re working to expand on organic hydroponics and hopefully convert more consumers to butter lettuce.” 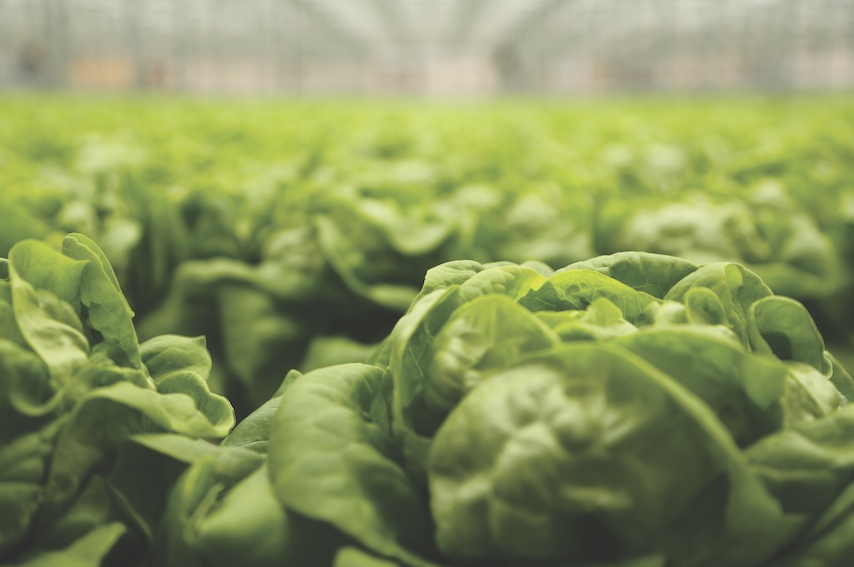 For a company steeped in more than 40 years of family heritage, there’s no doubt in my mind that Hollandia Produce will continue to strive toward better products, food safety, and efficiency. Just ask Pete Overgaag.

“Leave no stone unturned,” he reminds me.

For someone who is willing to take command and help a trucker in need even in the dead of night, I can believe Pete Overgaag is always ready to go the extra mile for his family business.