The Washington Conference Highlights and Events

WASHINGTON, D.C. – The Washington Conference, which took place in Washington D.C. this week, offered attendees face-to-face dialogue with lawmakers and staff at key congressional offices and provided great networking opportunities.  Check out some of the highlights from the event. 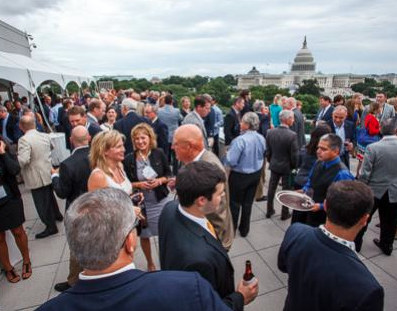 The Conference kicked off on Monday with hundreds of industry leaders attending this year’s opening party.  Attendees were able to network while enjoying one of the best views in the city on the Rooftop Terrace of Charlie Palmer Steak.

At Tuesday’s Breakfast General Session, United Fresh presented its Congressional Leadership Award to Rep. Doc Hastings of Washington for his work representing produce industry interests, including his service as Co-Chair of the House Specialty Crop Caucus and his leadership on immigration reform and multiple Farm Bills.  Rep. Hastings and Sen. Pat Roberts of Kansas then addressed the attendees and provided updates on the legislative agenda leading up to the midterm election. 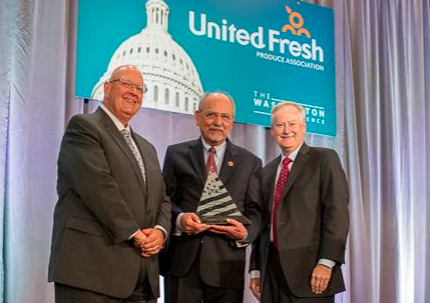 Then, hundreds of United Fresh members came together and met with lawmakers of the House of Representatives Tuesday in the annual march on Capitol Hill.  Industry leaders were able to voice their concerns about immigration reform, nutrition policies and the impact of economics and regulatory challenges on their operations. 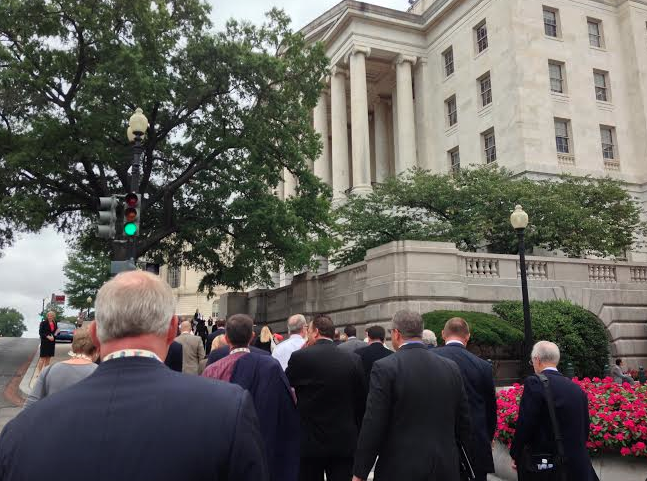 Tuesday night, attendees were treated to the Fresh Festival on Capitol Hill.  This unique event is one of the most talked-about receptions in D.C.  Members of Congress and their staff, key administration officials and produce leaders came together for this flavorful display of what the industry has to offer. 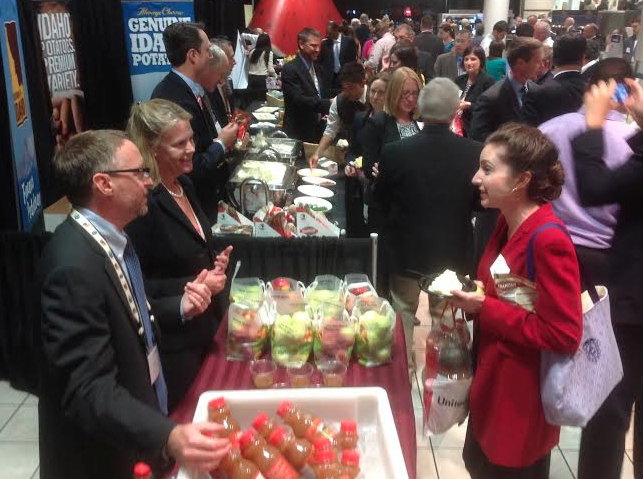 On Wednesday, conference attendees received the rare opportunity to hear from Mike Taylor, the Deputy Commissioner for Foods and Veterinary Medicine for FDA.  Taylor used his time to discuss the proposed FSMA rules that could significantly impact the industry. 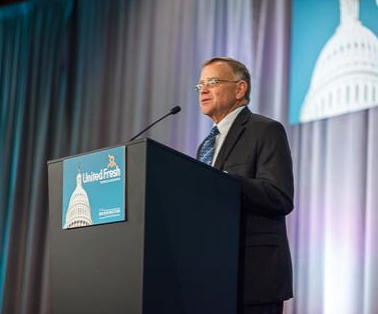 The conference ended Wednesday with an entertaining address from Frank Luntz, an American political consultant, pollster, and "public opinion guru," who gave a behind-the-scenes perspective on the fall 2014 elections and how they might impact the industry. 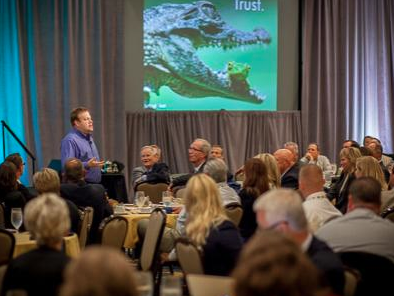 With the two key takeaways from the conference being the need for action on school nutrition and immigration reform, hopefully the produce industry joining together and voicing their concerns on these issues will lead Congress to act.

TONE Networks Adds The GIANT Company as a Client