BOISE, ID - Retail veteran and industry representative Alfonso Cano has been named the new Director of Floral and Produce for Albertsons Companies, the company told AndNowUKnow, and will operate out of its corporate headquarters in Boise, Idaho.

Having most recently worked with Northgate, the move is a return for Alfonso, who began his retail career as a produce clerk for Albertsons in 1991. He then worked for the Vons banner before moving to Northgate Markets, where he enjoyed getting more and more involved with the buying process until making the return to the Albertsons family.

When he isn’t devoting his time to the betterment of fresh produce, Alfonso is dedicated to his wife, Deanna, and their two daughters. While Alfonso said in his retail profile with the FPFC that he hopes one day to finish out his pursuit of higher education, he was resolved on his path in our industry. 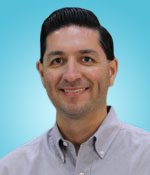 “I was raised to have confidence in myself and to know that if you are going to be successful you have to be the best in whatever you are doing. And so that’s what I do. I am in produce and I am trying to be the best produce guy I can be,” the retail leader said.

We are excited to see how this next step helps him in pursuit of that goal. Congratulations, Alfonso, on this new chapter of your career!