WATSONVILLE, CA - What’s your favorite type of berry? If your answer was blackberries (and a whole heckuva lot of them), then you’re in luck because Driscoll’s doesn’t just have blackberries this season—the company has a record volume! 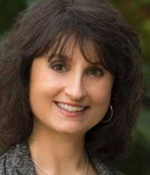 “Driscoll’s blackberry supply reached record volume growth in the months of April and May as consumer’s consumption rate continues to increase year over year,” Frances Dillard, Senior Director of Brand and Product Marketing, shared with me. “With household penetration close to 28 percent, Driscoll’s market share continues to lead in this exciting and booming category.” 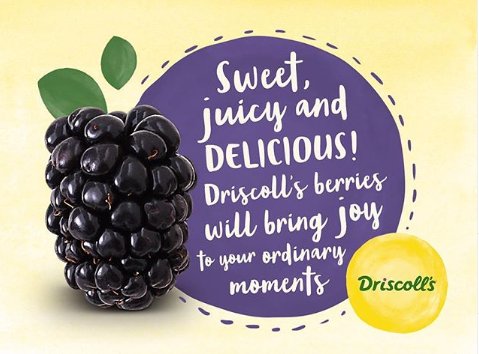 Frances attributed this exciting growth to Driscoll’s branded blackberry campaign, which was met with strong support from all sales channels, from retail to foodservice. The campaign’s goal was to attract new consumers during the time of the year when the berries boast their best flavors. As a result, the campaign not only caught consumers’ attention but also encouraged more than twice the number of Driscoll’s national retail customers to participate with in-store merchandising and signage.

Of course, the blackberry category’s growth can also be attributed to Driscoll’s insanely flavorful varieties. Driscoll’s Global Plant Breeding Director of Blackberries, Gavin Sills, might have explained it best in the company’s award-winning Pursuit of Flavor, which tells the story of the underdog berry and how it surprised everyone with tremendous flavor. But, while I had Frances on the line, I wanted to get her spin on it. 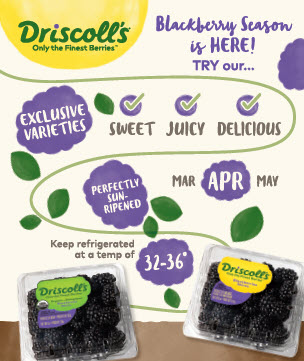 “The growth of the blackberry category is proof of the success of Driscoll’s dedicated blackberry breeding program,” Frances said. “Driscoll’s Global R&D team developed a true consumer feedback loop-to-the-field pipeline for delivering the most delightful varieties to our independent growers. This particular supply window was grown in Central Mexico as we transition to our growing season in California.”

In addition to hitting a new volume record, Driscoll’s is also celebrating the success of its digital consumer strategy, which included Costco’s Quick & Easy Blackberry salsa recipe video that reached over one million views just 10 days after being promoted. Driscoll’s also developed exclusive recipes, like Easy Blackberry Turnovers, One Bowl Vegan Blackberry Banana Bread, and Blackberry Macaroons—which went viral on Instagram with nearly 200,000 views—hosted on Driscolls.com. The campaign also included back-of-the-store handling posters in order to lend a helping hand to produce managers across the country.

This spring, it’s all about blackberries. But, not just any blackberries—Driscoll’s blackberries! You heard it here first! For more spectacular crop updates like this, keep checking back with AndNowUKnow for the latest. 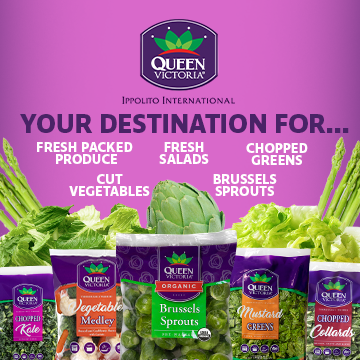 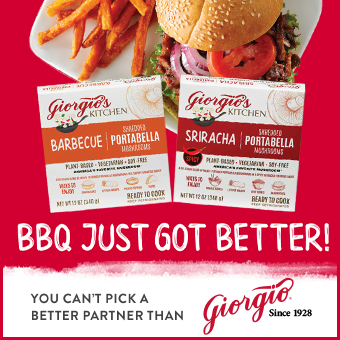