DAVIS, CA - Competitive intelligence and consumer engagement company, Engage3, has announced the addition of former Senior Vice President of Shopper Insights and Strategic Programs for dunnhumbyUSA, Rob Culin. Culin will now serve as Senior Vice President of Personalization for Engage3, taking up the task of leading and implementing the company's Consumer Engagement and Personalization Platform as it looks to launch for consumer media, retailer loyalty programs, and the connected home.

“It has been a pleasure to work with Engage3 over the last 6 months in an advisory capacity and I am immensely excited to join full time as the company implements its Consumer Engagement and Personalization Platform,” explained Culin as he addressed his new undertaking. “The platform and the company’s partner ecosystem have been designed to allow us to simultaneously help businesses build loyalty and acquire new customers.”

Culin continued, “The 5x improvement that the platform has demonstrated when compared to traditional mass promotions far exceeds the industry standards and I am excited to partner with retailers and manufacturers to roll this out.”

Having served as Senior Vice President of Consumer Products Industry and Collaborative Programs for IBM DemandTec and five years in his position with dunnhumbyUSA, Culin is no stranger to shopper insights and targeted marketing. According to a press release, the industry veteran’s other positions include roles at Kraft Foods, Kurt Salmon Associates, Andersen Consulting, and AT Kearney. Culin holds an MBA from the Kellogg Graduate School of Management and a BA in Engineering and Economics from Brown University. 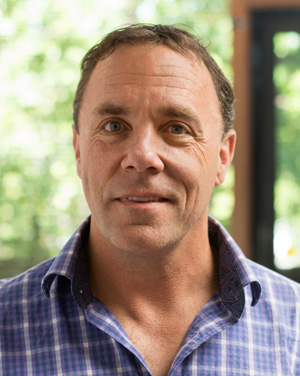 “Rob has demonstrated a history of creating win-win solutions for retailers and manufacturers, particularly when it comes to trade optimization and targeted marketing,” explained Ken Ouimet, the Founder and CEO of Engage3. “This is an exciting time for the company and I cannot think of a better person to lead our personalization efforts.”

As Culin and the company embark on their mission to engage even further with consumer media companies, retailers, and beyond, we look forward to updating you with the latest.

Founded in 2008, Engage3 is a technology company with a disruptive business model that provides a breakthrough value...