BOSTON, MA - An apple that has made a splash in recent months for its popularity is adding to its street credit with three new states of fans–thanks to its sampling roadshow.

The Envy™ apple, a natural cross between a Royal Gala and Braeburn that offers a sweet, crunchy profile and low-browning, is rounding out a successful country-wide tour, according to a press release.

“The Envy roadshow kicked off in Boston and now moves to the Bay Area where retailers have supported the variety since its introduction,” said David Nelley, Vice President of Categories for Oppy. “We’re excited to support our retail partners with sampling events, because we know once people try it, they are really taken with the crisp, juicy, and sweet aspects of the Envy apple.” 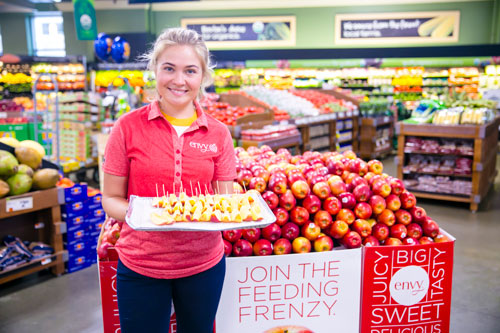 Next stop is the San Francisco area, with sampling events scheduled from August 16th to September 14th throughout retail stores and popular destinations.

Oppy said that the Envy street team staged over 30 events in Boston, serving more than 4,000 samples, creating over 7 million brand impressions, and bringing Envy to a major retail chain that had not previously stocked the apple in the summer. These efforts were also made while elevating other retailers’ July sales by up to 35 percent. Social sharing has been attributed to the variety’s rising excitement as well, with a photo booth offering a customized Envy photo filter for easy sharing across consumers’ social platforms. 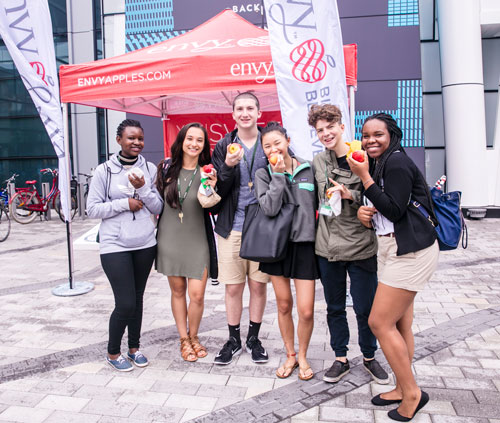 And after visiting the northern region of the Golden State, Texas will have its own taste come November 1st to 30th.

“We look forward to meeting a lot of Texans this fall, but we’re most excited that this final leg of the roadshow will give more of our retail partners an opportunity to treat their customers with the complete Envy experience,” said Joe Barsi, President of T&G North America. 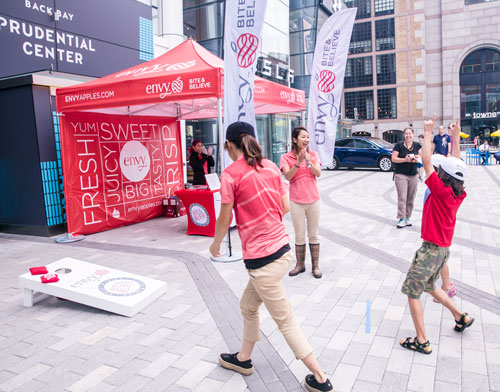 Texas’ sampling and retail event schedule is still in the works. Contact Envy apple sales representatives to inquire about hosting an event, and find out more about the roadshow here.