LOS ANGELES, CA – Even in an industry with as many deep historical roots as produce, there’s always something quite special about making it to that coveted 100-year mark. This year, Agrícola Santa Teresa S.A., a longtime grower partner of the Giumarra Companies, has reached its much-awaited centennial. 2017 also marks the two companies’ 45 year anniversary of growing and marketing in cooperation.

“We are thrilled to help usher in a new chapter of continued success and quality with our partners and extended family at Santa Teresa,” shared John Corsaro, Giumarra Companies’ CEO.

Santa Teresa’s roots began when Julio Podesta Sambuceti, originally of Genoa, Italy, immigrated to San Francisco, California during a time of political unrest in his home country. From there, he found himself involved in the delivery of fruits and vegetables, quickly gaining experience selling his produce to local restaurants and hotels.

After hearing from family friends that Mexico was an ideal place to begin a produce business, he moved to the state of Sinaloa, Mexico in 1917, renting land from the Sinaloa Land Company to begin growing produce. After marrying María Natalia Reyes Medina in 1925, with whom he had four children, Julio purchased 150 hectares of his own land in 1926 and began growing tomatoes, bell peppers, cantaloupe, and watermelon. 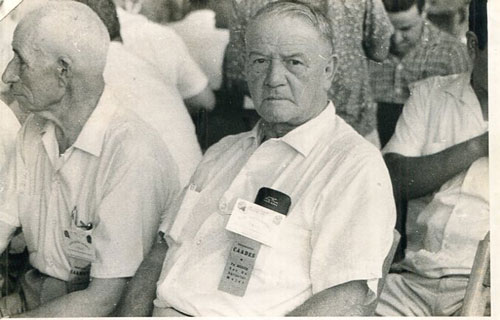 As the company reached the early 1930s, the Mexican government expropriated all but 50 hectares of Julio’s land as part of land reform initiatives, but despite the setback, he was eventually able to purchase four lots of 100 hectares each in the newly-irrigated Batauto region. In order to evade regulations from the Mexican government, which could not confiscate anything less than 100 hectares, he put one lot under the name of each of his daughters. Soon after, Julio’s Santa Teresa label, the company’s namesake, was developed in the 1950s or 60s.

In 1968, Julio’s daughter, Elva “Vita” Carlota Podesta, took over the management of the business, making her one of Mexico’s first female business heads. She met Don Corsaro, then President of the Giumarra Companies, in 1971, capitalizing on the company’s rapidly expanding Mexican import program by forming a new business relationship. 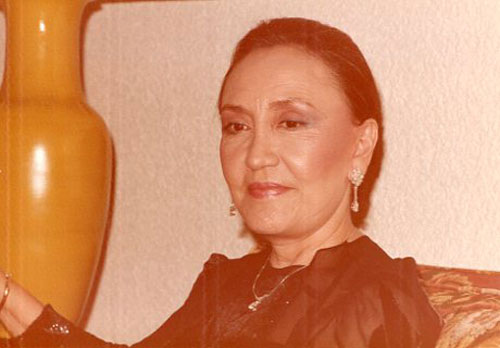 “For a woman in Mexico to be the head of a business at that time was unheard of,” explained Don Corsaro, Chairman of the Giumarra Companies. “But Vita was tough. She aligned with some very prominent people in Culiacán who really respected her, and she worked on the packing line sorting tomatoes herself until 10 o’clock at night.”

Following Julio Podesta’s passing in 1973, Vita’s nephew, Enrique Lopez Podesta, became involved with the business in the 1980’s, along with his brothers Sergio and Jaime Lopez Podesta. According to a press release, Enrique was a key part of the company becoming involved in the movement away from vine-ripe and towards mature green tomatoes, a decision made by many growers in the 1970s and 80s to meet the demands of fast food chains.

“Switching to mature greens is probably why Santa Teresa is still in business today,” added Bill Clausen, Executive Vice President of the Giumarra Companies. “Enrique also facilitated the construction of two gassing facilities—one in Mexico and one in Nogales—to manage ripening and maintain excellent quality at a time when Mexico was competing heavily with U.S.-grown tomatoes.”

“My grandfather came to Mexico with the dream of growing high-quality fresh produce for the American market,” said Enrique. “We consider the U.S. a very important partner.

In support of this milestone, Santa Teresa will hold a commemorative luncheon with its workers on February 25, representing a landmark occasion for the livelihood of more than 1,200 seasonal and full time employees. Each box of product sold in 2017 will feature a Santa Teresa 100 Year Anniversary seal.

“We look forward to continuing our relationship with Enrique and Giumarra as one of our most important supply chain partners in the SUBWAY® system,” finished Michael Spinazzola, President of Diversified Restaurant Systems, Inc.

Congratulations to both Santa Teresa and Giumarra from AndNowUKnow, and here’s to many more years of successful partnering!