PARIS, FRANCE - Although IKEA is known for its impossible-to-pronounce couch names and difficult-to-assemble book shelves, it’s also home to some stellar food. You can catch this redhead eating there every time she needs a new piece of furniture. And although the furniture titan may be considered a budgeter’s haven to most, the company considers itself a restaurant.

According to a report from Fast Company, IKEA claims to be the world’s sixth largest food chain—and it’s already sniffing after delivery options. A trial version of this home delivery is already in place in Paris, so Parisians will be able to snack on salads, salmon, and beets. 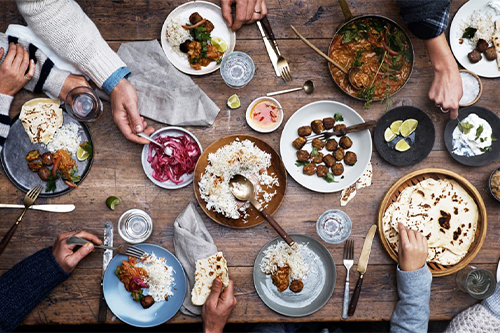 The food will be distributed out of a 58,000-square-foot urban store located in the city center. If the trial is successful, IKEA could expand the idea to Spain and other European markets.

However, questions still remain. Will the food items be hot and ready-to-eat? Will they be frozen? Perhaps my most pressing question is: Will there be meatballs?

A spokesperson told the news source that it was too early in the planning process to offer further details.

AndNowUKnow will be here to report on the latest updates as they crop up!