MEXICO – After exporting its 14 millionth box earlier this week on June 14, the industry is right on track to surpass the initial preseason total estimate of 14,171,000 boxes.

“Larger berry size, young vineyards producing more than normal, and diversion of volume from Mexico to the USA are the likely explanations of the variance,” said John Pandol, Director of Special Projects for Pandol Brothers and Chairman of the Grape Division of the Nogales-based Fresh Produce Association of the Americas (FPAA).

According to an FPAA press release, the industry is currently seeing around 15 to 20% extra volume this season. Pandol stated that a revised crop estimate for Sonora is now in the 16 to 18 million box range. 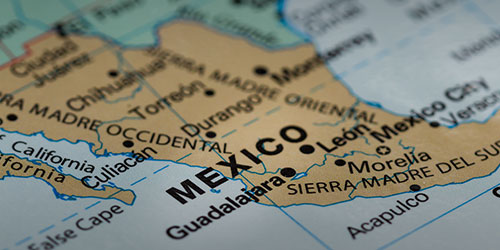 Crossings at Nogales, AZ, are occurring daily, with over 300,000 boxes a day, and are expected to continue for the next two to three weeks. The FPAA noted that the market is currently orderly, and over 50% of the volume is being harvested in a three-week period with supermarket promotions in place when they should be, just like last year’s season.

“Nothing frightens a seller more than talk of a short crop,” said Pandol. “The distributors want to set up ads and programs; growers resist because they feel ads are unnecessary at the lower volume. Distributors respond by saying something like ‘14 million grapes won’t sell themselves.’ It seems that this year we created the necessary demand at key times.”

Pandol continued to say that he expects a smooth transition into the Central California harvest.

Stay with AndNowUKnow we keep a close eye on the season as it progresses.