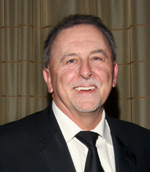 Mike has more than 25 years of executive experience in sales and marketing of tropical fruit, commodity vegetables, and all lines of value-added produce through retail, foodservice, club, and wholesale formats throughout North America. 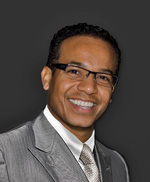 "FreshSource is proud to have such a tremendous talent join our family. We are confident that Mike will add a great deal of value to the services we provide our principles and retailers, as well as helping us execute on our expansion in the years to come," said the company’s Founder, Robert Thompson, in a press release.

Prior to joining FreshSource, Mike served for more than a decade-and-a-half as Executive Vice President for North American Sales and Marketing with Apio Inc., where he managed its commodity fruit and vegetable business and growth of value added vegetables.

He is a long time member of the Fresh Produce and Floral Council, currently serving on its Board of Directors. While Chairman of the FPFC Board in 2013, he became the first-ever Current Chairman to receive the Norman H. "Buz" Bolstad Produce Award–recognizing his distinguished leadership at the council and in the produce industry. He is also on the Advisory Committee of the Southeast Produce Council.

As FreshSource welcomes this latest chapter, keep checking in with AndNowUKnow for the latest from this company and others in the produce industry.