LEAMINGTON, ON - NatureFresh™ Farms is bringing greenhouse growing directly to you. 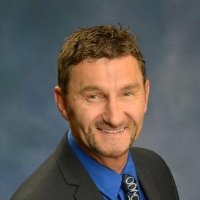 “For the last few years we have taken a micro version of our greenhouse to both trade and consumer related shows & events with great success,” Peter Quiring, President of NatureFresh™ Farms, said in a press release.

Quiring is talking about the company’s Greenhouse Education Center (GEC), a mobile, cutom-designed, interactive demonstration of how greenhouse growing works.

“We saw an opportunity to take the lead and educate people on how we grow greenhouse produce at NatureFresh™, right from seed to picking ripe fruit off the plant. What really captivates people is that when they see the greenhouse, they see how simple the growing process really is,” Quiring said.

The company unveiled the GEC to hundreds of customers in Cambridge, Ontario at a Loblaw-owned ZEHRS store, presenting a 38-foot-long produce attraction. 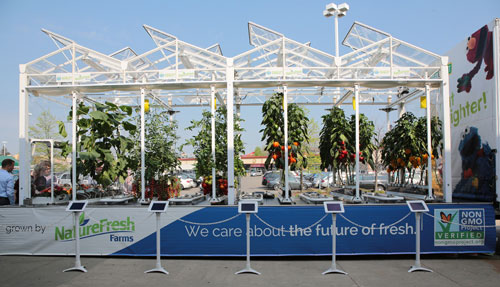 The GEC was customly designed and built by NatureFresh™ Farms’ greenhouse builder and sister company South Essex Fabricating. Mimicking what a greenhouse would be built with to provide as close to a hands-on experience on the road as possible, the GEC has a unique heating, venting, and irrigation system resembling that of a true greenhouse, as well as a variety of mature, live produce plants, including tomatoes, bell peppers, and cucumbers.

The system even has a live bumblebee eco-system to educate customers on how bees pollinate live plants.

“To say the unveiling at ZEHRS was a success would be an understatement,” Quiring stated in the release. “The reception we received was fantastic. Customers throughout the entire day were very keen to learn how we grow, what type of medium we used, how were the plants fed, and if the fruit they saw on the vines in front of them was actually real.”

In addition, NatureFresh displayed eatbrighter!™ themed packaging in the store for purchase.

“Our idea of taking a greenhouse in to the city (#GreenInTheCity), direct to the consumer is to not only educate but help people make informed decisions going forward,” Chris Veillon, Director of Marketing, commented additionally.

According to the company, part of its brand position for the GEC involves using the PMA endorsed eatbrighter!™ movement messaging to encourage customers of all ages to make healthier choices. The back door of the GEC trailer reportedly has a full graphic promoting eatbrighter!™ with images of different Sesame Street characters and produce. NatureFresh™ is also in the process of developing a variety of traditional & interactive materials to distribute at future events.

The GEC is set to tour throughout North America into the late fall of this year, according to the company, making key stops at select retailers, schools, and consumer events.