VICTOR, NY - How can retailers make sure that consumers are loving apples throughout the winter season? Why, by taking a page out of the New York Apple Association’s (NYAA) book and promoting Apples from New York™. Throughout the beginning of the fall season, NYAA captured the taste that consumers love on video and posting these experiences on social media—driving home the point that New York apples are satisfyingly crunchy, delectable, and perfect for winter snacking.

“The videos are unscripted and random passersby are thrilled to crunch into a New York apple and be part of the fun,” said NYAA President Cynthia Haskins. “Our tour included several locations as we sampled New York apples.”

In addition to taking part in events like Applepalooza, NYAA had a commercial air during the TCS New York City Marathon.

The commercial, featuring New York apple growers, won a Bronze Telly Award for Local-TV in the Business-to-Consumer category. It aired on programs such as The Today Show & Saturday Today, The Tonight Show with Jimmy Fallon, Dateline, Saturday Night Mystery, The Voice, This is Us, Chicago Fire, Bluff City Law, New Amsterdam, and Law & Order all throughout New York State.

This is the twenty-second year that the association has sponsored TCS NYC Marathon, which took place November 3. More than 50,000 people from across the state, the country and around the world are expected to finish, and hundreds of thousands more watched the event on TV and online. 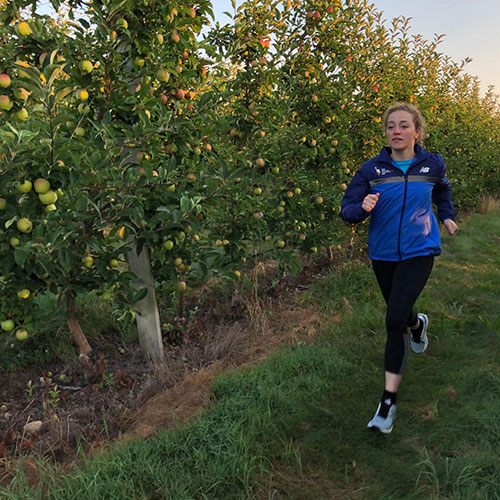 Not only did its commercial play, NYAA had a presence in the swag section as well. Its materials included: ‘Health to the Core’ in the Marathon virtual goodie bag, ‘Love a Strong Finish’ ad in the Marathon Program, and a fresh New York-grown apple in the Runner Recovery Bag that was received by all runners. It also had an ad in the 2019 TCS New York City Marathon Official Results Magazine.

This year, NYAA was represented by many runners in the marathon including Cailin Kowalewski, Account Manager for NYAA, along with Doug Grout, NYAA Board of Director and apple grower; brothers David Grout and Derek Grout and their mother Jayne Zinke, a seasoned marathoner, and others.

Keep reading AndNowUKnow for the latest in all things produce.