WENATCHEE, WA – Cherries are one of those key categories that have consumer’s rushing to the produce department in hopes of catching the latest shipment. And with late season cherries from Stemilt, the season is far from over. Data shows that late-season cherries account for more than one-third of a total season’s cherry sales, which makes Stemilt’s A Half Mile Closer to the Moon™ program a great choice for the company's retail partners, and a crowd-pleaser.

Kyle Mathison is the visionary behind this high-altitude cherry brand, as he continues to aim higher in order to grow cherries even later into the year. Harvested fresh daily in August from the unique Amigos Orchard in Wenatchee, these premium cherries are grown 2,640 feet above sea level or higher, literally a half mile closer to the moon than most. 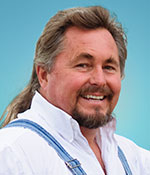 “For every 100 feet in elevation you go up, it pushes cherry harvest back one day,” said Mathison. “It’s always been my dream to provide shoppers with World Famous Stemilt cherries as long as possible. This year, we’re looking at harvesting until Labor Day, and hopefully in future years, we can go even later.” 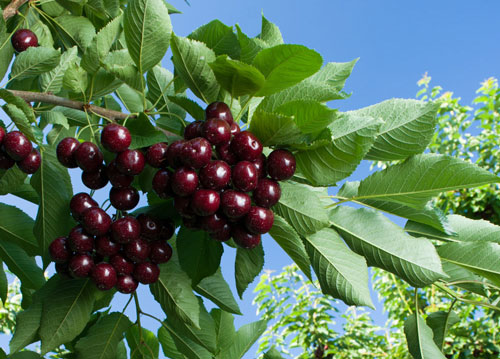 Late-ripening varieties combined with the high-altitude climate allow Stemilt to lengthen its cherry season to differentiate themselves in the cherry category and offer retail partners more value for their shoppers.

Never slowing, Mathison’s goal of taking cherry harvest even later will become a reality once the new Amigos Orchard cherry plantings come into production, and he surpasses the height of 4,000 feet above sea level, according to a press release. Until then, Kyle relishes in the opportunity to share his special “Moon cherries” and deliver a great finale to the 2017 season. 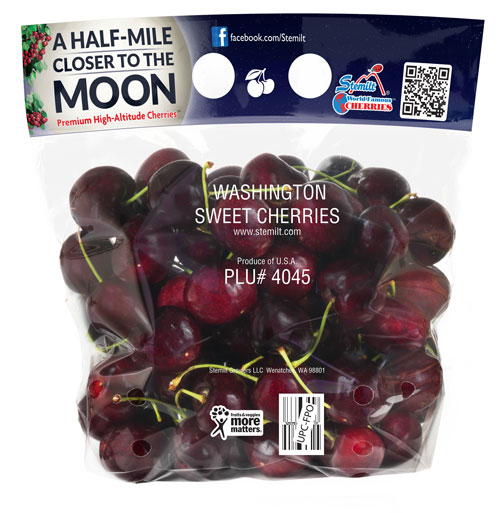 Beginning around August 10th, Stemilt’s “Moon cherries” are set to pack in specially marked bags and clamshells, just as the company wraps up its Kyle’s Pick™ cherry program. Three key varieties, Sweetheart, Skeena, and Staccato®, are grown for large sizes and dessert flavors at Amigos.

Talk about timing; as an added benefit, the full moon slated for August 7th will mark the beginning of harvest at Amigos. For Mathison, that is a good omen for cherry quality. 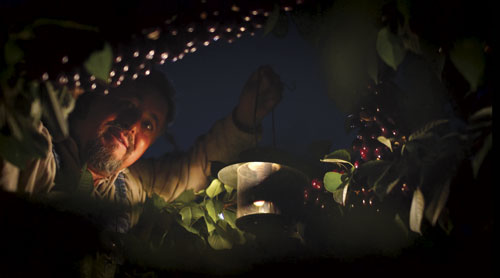 “One of the reasons these are called Moon cherries is because of my belief that harvesting cherries just before a full moon results in fruit with higher sugars and flavor complexity,” said Mathison. “The extra gravitational pull from the full moon seems to energize the tree and its ability to build up and store carbohydrates, which is passed onto the fruit in the form of higher sugars.”

According to Stemilt, another attribute that makes Moon cherries stand out is the unique locale they call home. Amigos, the Spanish word for friends, overlooks the Columbia River and town of Wenatchee, Washington, not too far from the Mathison family’s original homestead on Stemilt Hill. High altitudes allow Amigos orchard cherries to remain cooler during the hot summer, with the benefit of cool nights. 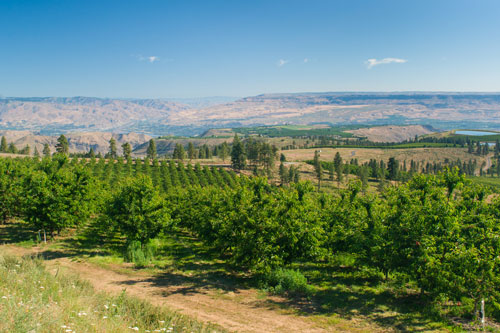 It is important to remember that there is still more than a month of cherry harvest to go, and Marketing Director Roger Pepperl recommends that retailers continue to have good display space and size dedicated to cherries. A final promotion should be in August plans, and driving impulse sales through quality and freshness is a must. 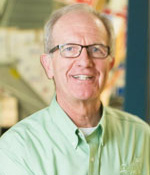 “Cherries are a huge contributor to annual produce department dollars, even though they aren’t available all year long,” said Pepperl. “August can and should be a big month for cherry sales, and bringing in fresh and high-quality cherries through our A Half Mile Closer to the Moon program is a great way to ensure late-season success.”

Retailers can use A Half Mile Closer to the Moon boxes to build displays, and Stemilt can provide signage or digital content to help tell the special Moon cherry story to shoppers both in and out of store.

It is cherry fever at Stemilt and cherry heaven for consumers. Time to keep those cherry destinations stocked.