VANCOUVER, BC, CANADA - As far as superfruits go, blueberries pack a mighty punch for such a tiny package. So it came as little surprise when Oppy recently announced it will be adding Peruvian blueberries to its program under the well-known Ocean Spray® brand. This marks the first time Oppy has brought to market organic, Fair Trade Certified blueberries from Peru, which will be available from September through to December.

“Oppy has always been an advocate of produce with purpose, and the addition of organic, Fair Trade Certified Ocean Spray blueberries to our program exemplifies our commitment to communities all along our expansive supply chain,” Oppy’s Senior Vice President, Categories and Marketing James Milne said. “Our work closely mirrors consumer sentiment which indicated that 95 percent of consumers trust the Fair Trade certification over unverified sustainability claims. Combined with the renowned and respected Ocean Spray brand, these blueberries have the makings of a truly spectacular offering.”

Offering Fair Trade Certified produce since 2004, Oppy has generated $4.4 million in premiums in the last half dozen years, according to the press release, and plans to make an even greater impact with the Peruvian blueberries. The Ocean Spray Peruvian blueberry lineup is expected to grow by leaps and bounds over previous seasons in the years ahead. 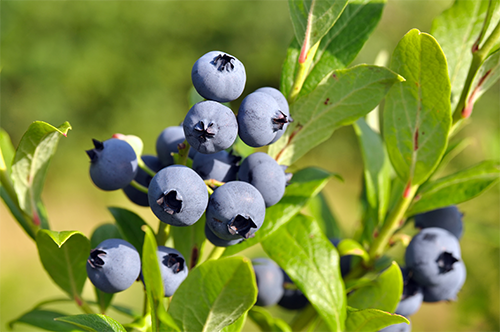 Ocean Spray’s brand familiarity is a strong draw for consumers, with 70 percent of study participants being well-aware of the Ocean Spray berry brand, according to an independent third-party survey in 2019, as stated in the release. The study also indicated that the majority of purchasers hold an extremely high or favorable opinion of Ocean Spray while recognizing the brand as synonymous with top-quality.

With sales of Fair Trade Certified produce growing by 32 percent in 2019, Oppy has also focused on increasing its Fair Trade footprint, bringing $1.1 million back to farmworkers and their families as investments to improve their communities. The premiums that Oppy generates with every Fair Trade Certified sale contribute to a worker-controlled Community Development Fund, the fund is then used to support programs that impact the lives of the workers who grow and care for our food. This includes funding home improvement projects, education, health care, and a host of other substantial initiatives.

What new variety will Oppy add next to its expansive portfolio? Keep a tab open for ANUK as we find out.