WASHINGTON, DC – The organic trajectory continues to point up, with a leap over its last annual sales record. 2016 saw new market share and milestones for the segment, with U.S. consumers setting the bar at $47 billion for the year. 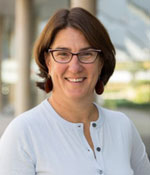 “The organic industry continues to be a real bright spot in the food and ag economy both at the farm-gate and check-out counter,” said the Organic Trade Association’s CEO and Executive Director, Laura Batcha.

She continued, “The theme of our conference is ‘Organic. Big Results from Small Seeds’ because of the wide and positive impact of organic. Organic farmers are not just staying in business, they’re often expanding. Organic handling, manufacturing and processing facilities are being opened, enlarged, and retooled. Organic farms, suppliers, and handlers are creating jobs across the country, and the organic sector is growing and creating the kinds of healthy, environmentally friendly products that consumers are increasingly demanding.” 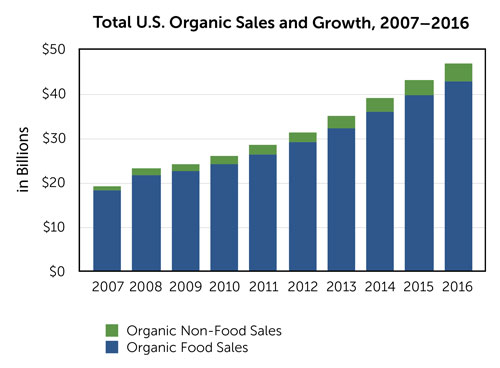 The nearly $3.7 billion jump from the previous year has pushed organic food to account for 5.3% of overall food sales in the country, according to an OTA press release. A breakdown in the 2017 Organic Industry Survey, released Wednesday at OTA’s Annual Policy Conference, included:

But, while there have been significant strides, Batcha said there are still more hurdles for the sector. 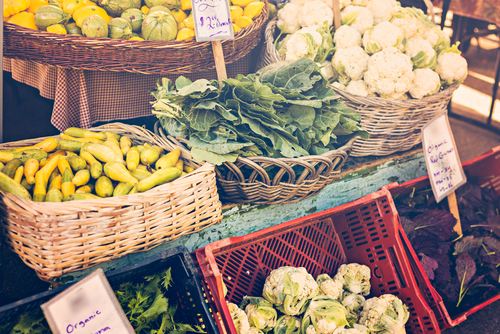 “Organic products of all sorts are now found in the majority of kitchens and households across our country,” said Batcha. “But the organic sector is facing challenges to continue its growth. We need more organic farmers in this country to meet our growing organic demand, and the organic sector needs to have the necessary tools to grow and compete on a level playing field. That means federal, state, and local programs that help support organic research, and provide the organic farmer with a fully equipped tool kit to be successful.”

The OTA also noted that produce plays a key role in the organic segment’s overall growth, calling it the entry category for consumers new to organic before pairing it with other organic categories such as meats and poultry, as well as organic dips and dressings.

OTA’s 2017 Organic Industry Survey was conducted and produced on behalf of OTA by Nutrition Business Journal (NBJ), according to the release, from February 2, 2017, through March 31, 2017. More than 200 companies responded to the survey. The full report can be purchased, and online orders can be placed on this page, while executive summaries are available upon request. 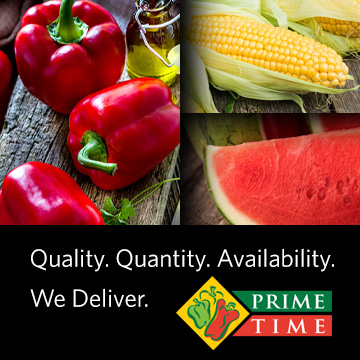 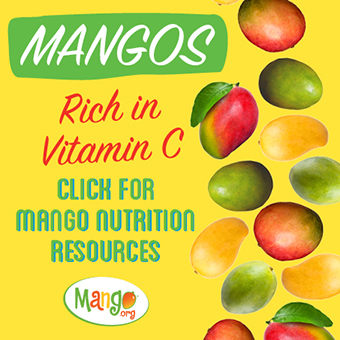