LOS ANGELES, CA - Progressive Produce, who teamed up with the Produce Marketing Association (PMA) and the Sesame Street Workshop last year, has announced the expansion of its eat brighter!™ packaging to include organic products as well by partnering with Nature’s Bounty® Organics. 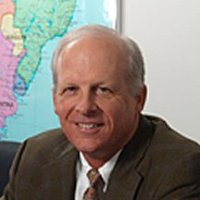 “Organic produce is a fast growing category,”Jack Gyben, Vice President of Progressive Produce, said in a press release. “Moms and Dads want the reassurance that what they are providing their families is healthy. It just made sense to then partner Nature’s Bounty® Organics with the wholesomeness and trust of Sesame Street’s wonderful characters.”

The decision comes after the success of the company’s original eat brighter!™ packaging, which featured Big Bird on 5-pound Red potato bags and Ernie on 3-pound Gold potato bags.

“These bags have shown great success among our customers, Gyben said in the release. “They make potatoes more attractive and have created interest from children and moms.”

As a result, the company has now rejoined PMA and Sesame Street by creating 3-pound Nature’s Bounty Organic bags featuring the familiar faces of Oscar the Grouch, Elmo, and the Cookie Monster, which are anticipated to hit the market before the end of this month. So keep a look out for this latest item for the eat brighter!™ line.