SOUTHAMPTON, ENGLAND – Boldly going where no produce has gone before, lettuce may very well be the first thing grown on Mars.

Students from the University of Southampton Spaceflight Society are aiming to grow lettuce on the red planet. If successful, this would be the first thing ever grown there. It would not, however, be the first veggie grown in space. Interestingly enough, lettuce is currently being grown on the ISS as part of the NASA VEGGIE project.

In July, MarsOne, a not-for-profit foundation that hopes to establish a permanent human settlement on Mars by 2026, kicked off a competition for a payload space on the MarsOne lander that will be launched in 2018.

The students submitted their proposal for #LettuceOnMars and are now in the final round of 10. The winner will be named by popular vote. 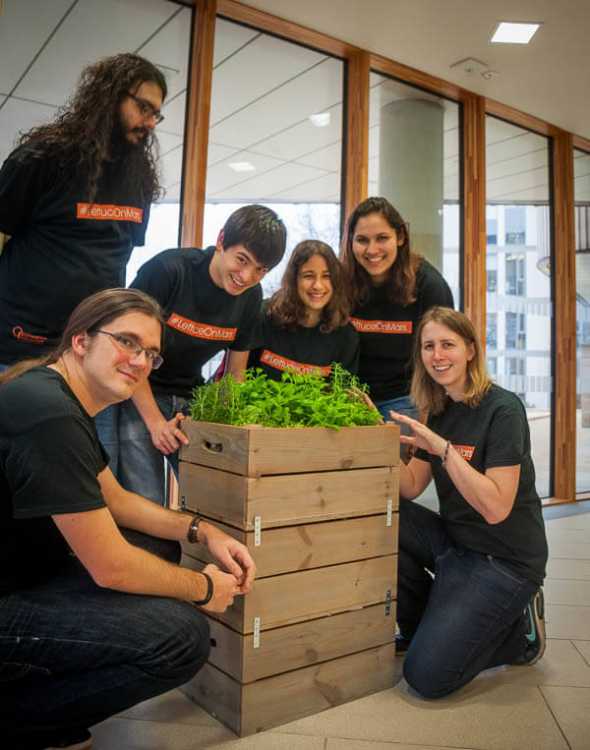 The team says that they chose lettuce because it has already been successfully grown in closed environments on Earth and in orbit. It is also edible, uses space efficiently and can be transported to Mars as a durable seed that only takes a month to grow to full size.

On the #LettuceOnMars website, the team lays out its mission, saying, “Our objective is to demonstrate the ability to grow small plants with gases obtained from the Martian atmosphere, with a minimum of material imported from Earth. Proving that plant life can thrive in the controlled greenhouse environment and that the resources within can be appropriately managed is an important step towards demonstrating that a human colony will also be able to survive.”

Here is the sequence of events for growing the lettuce as laid out by the team:

I was initially confused why the team would kill the lettuce at the end of the trial. The team clarifies this on their website saying that they intend to destroy the life at the end of the experiment as a precautionary measure to prevent the possibility of any release of biological materials on Mars.

The external structure of the greenhouse itself will be made of aluminum, and the transparent sections will be made of polycarbonate. The team chose the aluminum because of its strength and lightweight quality and the polycarbonate for its durability and optical properties.

The MarsOne 2018 lander will land on the northern plains of Mars, between 40 and 50 degrees latitude in what is believed to have been an ocean in the distant past. The color relief map indicated possible landing positions outlined in yellow, and dots indicate US lander sites. 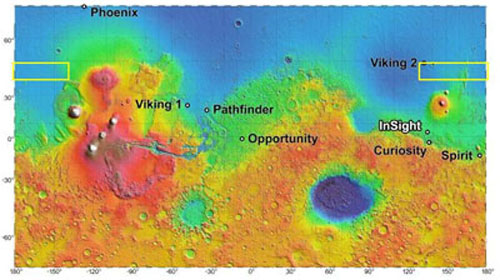 You can learn much more about the proposal and vote for it at the #LettuceOnMars website. I hope they win. It would be exciting to witness the first life on Mars.