SALINAS, CA - Taylor Farms, one of North America’s largest producers of salads and healthy fresh foods, is teaming up with THRIVE to further the future of ag tech and promote entrepreneurial efforts that drive innovation in the industry. 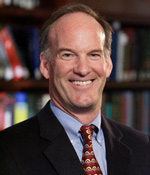 “Commitment, collaboration, and partnership are the three key things necessary to be innovative,” said Bruce Taylor of Taylor Farms during his keynote speech at the invitation-only event. According to a company press release, Taylor’s speech focused on the continued importance of real time collaboration between technology and farming companies. 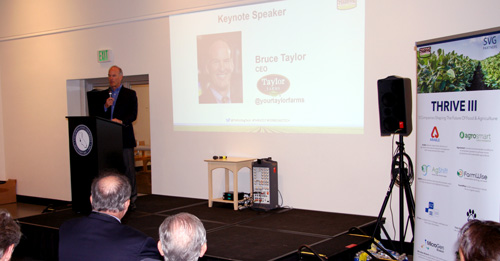 From hundreds of applicants submitting to THRIVE’s open call in December of 2016, 10 high-potential startups were chosen to participate in the group’s eight-week program, receiving startup funding, one-on-one mentorship with agriculture and technology executives, office space at the Western Growers Innovation Center in Salinas, California, and a chance to participate in the culminating THRIVE Demo Day event. Technologies in this year’s cohort indicate the massive shifts experienced in the agriculture sector today, covering trends like cloud/SaaS, automated farming, soil and crop biotechnology, and food safety and traceability. 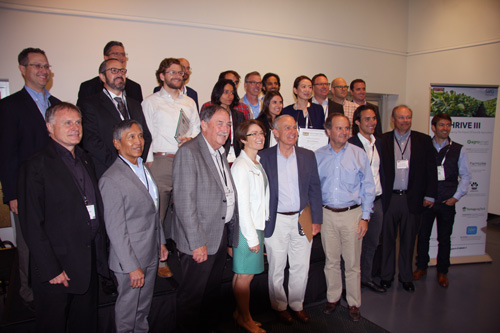 Participants in the program include: 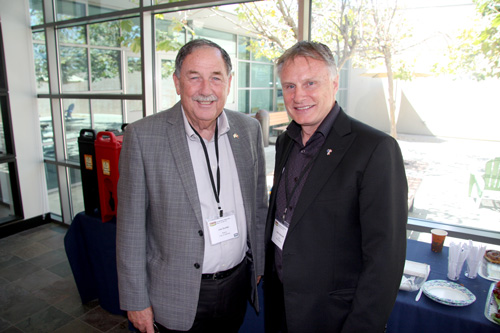 Three finalists were give special recognition during the Forbes AgTech Summit on Wednesday afternoon, for outstanding achievement in categories including:

Awards were based on four different criteria, including: mentor feedback, due diligence, accelerator engagement, and quality of pitches on THRIVE Demo Day. 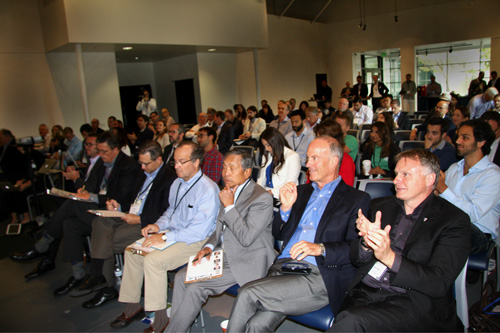 Since graduating from the program, many of the companies from THRIVE’s previous two cohorts have gone on to raise additional capital, become profitable, and deployed product with growers both in Salinas, California, and nationally.

THRIVE AgTech connects the expertise of tech companies to on-the-ground knowledge of agricultural companies, the financial...