MT MAUNGANUI, NEW ZEALAND - In response to increasing global demand for the gold kiwifruit SunGold, Zespri is looking to the future with the announcement of the release of a further 400 hectares of the variety’s licenses. 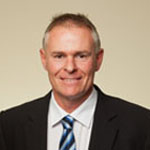 “The SunGold variety was at the cornerstone of the industry’s recovery from Psa,” Company Chairman Peter McBride explained. “It is clear now that not only has the variety carried the industry through the Psa crisis, it is the engine that will drive our industry’s future growth.”

Dependant on the product’s performance and future global demand, the company also shared that an additional 400 hectares of SunGold license will also be released each year in 2017, 2018 and 2019.

“At today’s returns for SunGold, should the full 1,600 hectares be released, it will mean more than $200 million in export revenue to New Zealand. Even before the decision to release more license was made, SunGold was on track to earn $1 billion in sales revenue by 2017,” continued McBride.

McBride said in making its decision, the Zespri Board had to balance the fact that SunGold is still a relatively new product with the positive customer and consumer feedback from the market.

“We have adopted a prudent approach to making a release this year and signalling the further release of hectares based on how SunGold performs this season,” added McBride.

Chief Executive Lain Jager said the confidence in the variety stems from SunGold’s excellent performance across Zespri’s 56 national markets over the past two years.

“SunGold has generated tremendous excitement across our markets,” Jager proceeded. “For example, last year SunGold was voted by fruit consumers in Spain and Germany as the best new fruit product on the market.”

While the logistics for the mechanism and pricing for the release has yet to be determined, it is expected that both existing and new growers will have the opportunity to participate.