QUERETARO, MEXICO – Fresh off the launch of its second stage of production, Agropark is making waves as an innovative agro industrial park of greenhouses. As Alberto Amkie, Managing Director of Agropark, recently told me, the project is using the success of Stage 1 and possibilities of Stage 2 to further its impact in its surrounding community, and the world.

“We are convinced that we have to take very good care of the people who work and of those who buy the land here,” Alberto tells me, outlining that Agropark sells not only land and space to the collection of growers who join the company, but also provides the full scope of resources needed to cultivate their crops.

Agropark has just begun planning and implementing the second stage of its operations, as we recently reported, which will up the current 295 hectares of greenhouse production from Stage 1 with an additional 528 hectares. This next stage of agro-focused industrial space will feature not only more greenhouses to connect to the first grouping, but also warehouses to reprocess products, and living spaces for its workers. 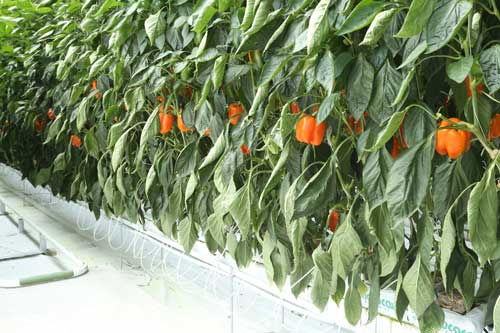 “It’s a good opportunity for growers and people who want to build greenhouses, because in Agropark they can combine their production and buy whatever they need inside the park itself,” Alberto tells me. “Also, because everyone works in a cluster like this, their costs are lower than the rest of the market and growers are protected.”

With the project launching readily into its next phase, Alberto says that the park is already gaining global recognition to match. Although there are similar operations overseas, Alberto asserts that Agropark is unique in its concept of clustered operations where all the growers are responsible for one another. 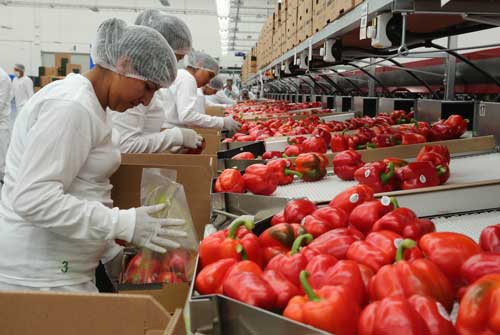 “When you say ‘Agropark,’ everyone in the U.S. and Canada markets knows where you are talking about. Now that we’ve proven that it works, companies in these markets are making yearly programs with the companies of Agropark,” Alberto says of the reputation the project is quickly assuming, listing that 95 percent of the park’s categories are shipping now to U.S. and Canada.

Agropark’s footprint is extending even further into global markets with interest readily growing amongst European companies who are looking to ship even faster in international markets than their locations allow. Someone who is shipping from Mexico, Alberto asserts, can ship into the U.S. the same day with deliveries being made the next.

“Our local region is impacted and thriving from Agropark, too,” says Alberto. “Transportation, buying, packaging, and shipping companies are all moving to this area so they can sell and work with the growers here.”

At the end of Stage 2, Alberto says that entire project will have secured $700 million in investments with continued expectations that all of its future business will be upheld by all participants; focus on technology, responsible use of resources, and social benefits.

“There’s nothing in the world like this project,” Alberto finishes. “Agropark is very happy to be the landmark of production here in Mexico, and we are excited to be known and recognized all over the world. These markets know who we are, and they relate our name with high-quality products.”

As Agropark moves into its next stage of growth and integrated operations, AndNowUKnow will keep a close eye on the project and how it influences the global market.

We are one of a kind in the whole American Continent; an agroindustrial park for high-tech green house clusters designed...