BURLINGTON, WA - Fall will be here before we know it, and with it comes crisp cold air, turning both leaves and pumpkins! From painted pumpkins to ornate ornamentals, Bay Baby Produce has it all.

For the company, fall is on the mind year-round as it browses Pinterest looking for what’s new and hot as the team re-creates the latest trends for those of us who may be a little less than crafty. 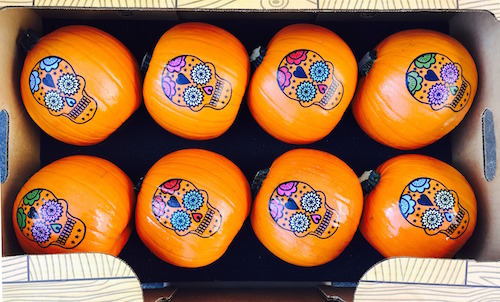 Pumpkin harvest begins sooner than you think in mid-August, and will ship into stores from September through October. Carving pumpkins typically starts later in the fall, but at Bay Baby Produce the motto is “Save the pumpkin, spare the knife. Paint the pumpkin, give it life.”

How is this accomplished? Through its proprietary painting process that puts vibrant images such as faces, silhouettes and skulls on wee bee and pie-size pumpkins. These unique small pumpkins are perfect for shoppers to grab while back-to-school shopping. 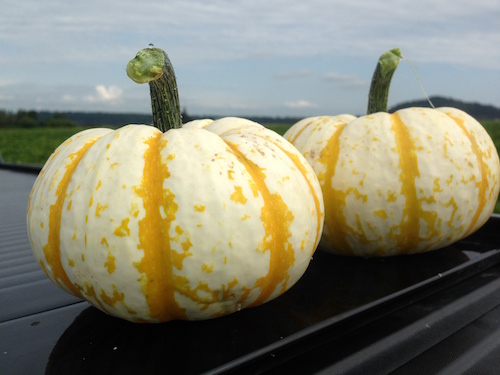 While pumpkins themselves are already aesthetically pleasing Bay Baby Produce’s painted pumpkins take the category to an entirely new level. The company’s painting and production process allows for consistent, top quality painted pumpkins. Michele’s advice to retailers, “Get your order in now to get on the production schedule. Having your store set early is a key to a successful fall pumpkin program.” 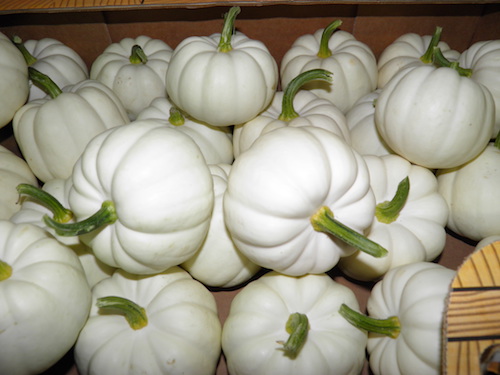 Bay Baby Produce believes that it’s essential to make decorating easy for the consumer. Its Mixed ½ Pallet Displays come with headers that show customers how to easily mix the long stem ornamentals with painted pumpkins for an eye catching centerpiece. Michele tells me, “What makes our Sparkler, Tiger, and Casper unique is the elegant long stem. When decorating, it adds texture and color.” The Long Stem Ornamental Trio, as coined by Michele, can be sold at the same price. This encourages customers to buy all three instead of just one. 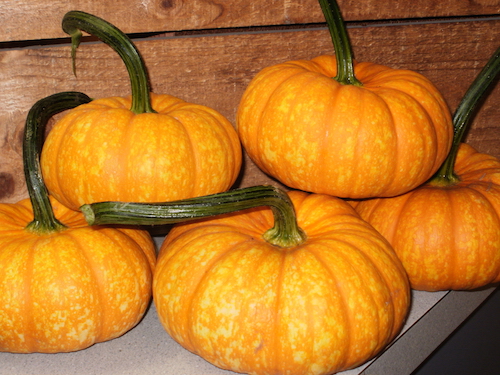 With pumpkins on the brain, get a jump on Bay Baby Produce’s Fall program now, before the crop leaves you behind!