HOUSTON, TX - Much of the industry has banded together, from the supply-side to the buy-side, to help repair the damages of Harvey, which recorded over 48 inches of rainfall in some of the areas affected by the hurricane turned tropical storm.

“Houston is my home. It’s where I work, where I play, where I raise my family. When my friends and neighbors are hurting, I’m hurting and I knew I needed to do something to help,” Erenwert said in his message. “The produce industry is also like a family and has always proven to not only be resilient in the face of their own disasters, but to be the first to lend a hand and respond in times of need when others ask for help. As one of the largest cities in the U.S., Houston is home to millions and a thriving economic market for many of us throughout the produce industry. I know my colleagues in the industry will join me in helping where they can and showing that the produce industry supports Houston.”

In his message, Erenwert details that the weather system brought flooding levels that have not been recorded in over 500 years on the Southeast coast of Texas, with the majority of its effects felt in Houston. 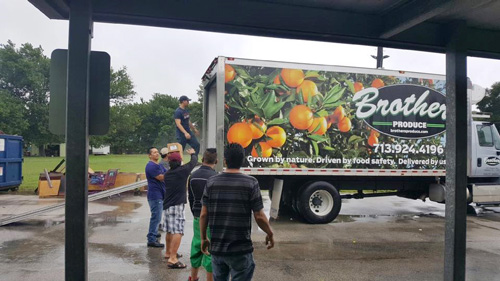 “The proceeds of this fund will be donated in their entirely to my hometown of Friendswood, Texas. Our city was one of the worst affected areas, losing more than 1/3 of the homes. Thanks again for your generosity,” he said.

Tony Forsythe, President and Founder of National Produce Consultants, LLC, saw the post on LinkedIn. "I challenge those of us in the fresh produce industry, who can MATCH my $2,500.00 donation to please do so,” Forsythe stated, according to the fund’s site. 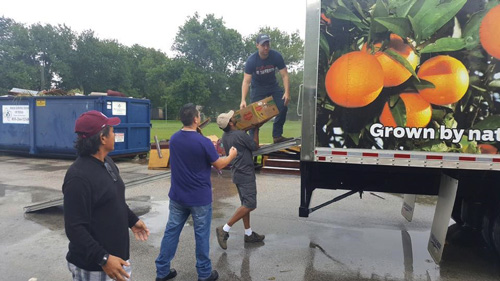 With every dollar holding the potential to make a difference, those who wish to contribute can donate by following the green link below.

“I believe the fresh produce industry is composed of the best professionals in the world who truly understand the meaning of rallying together and helping one another,” Erenwert said.

Our hearts go out to those in Texas as the state works to overcome this challenging time. Erenwert has already raised $28,915 of the $1 million goal. To donate, click here.