SACRAMENTO, CA - We learned in April of last year that Scott Horsfall would be retiring in 2021. The California Leafy Greens Marketing Agreement (LGMA)’s former CEO officially stepped down in February after 13 years at the helm of the organization. In addition to honoring Horsfall’s legacy, the LGMA Board recently welcomed multiple new members. 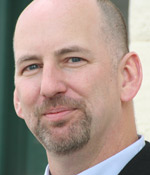 Among the honors bestowed on Horsfall was the LGMA’s Golden Checkmark Award in appreciation of his leadership and tireless work to make leafy greens safe. A proclamation from California Department of Food and Agriculture Secretary Karen Ross recognizing Horsfall’s long career in California agriculture was also presented. A short video in honor of Scott can be found here.

Continuing Horsfall's mission, the new LGMA Board Members include Chris Drew of Ocean Mist Farms, who was formerly an alternate member but will now serve on the Board representing the Salinas, Watsonville, and San Joaquin Valley, California, District. Also new to the Board—and representing this district—are Scott Grabau of Tanimura & Antle, Matt Amaral of D’Arrigo Brothers, Cynthia Dominguez of Duda Farm Fresh Foods, and Tim McAfee of Visionary Vegetables, each of whom will serve as alternate Board members. Gurmail Mudahar of Tanimura & Antle and Sharan Lanini of Pacific International Marketing, both former Board members, will now also serve as alternate members.

Two other additions to the Board representing the LGMA’s Blythe/Imperial Valley District are Jack Vessey of Vessey and Company, and Jeanine Frierson of Mann Packing/Fresh Leaf Farms who will serve as an alternate member. Vessey is returning to the LGMA Board after a several year hiatus. Public members who serve on the LGMA Board were reappointed and include Reggie Griffin, former Kroger executive, and alternate Kathleen Chrismer, food safety advocate. 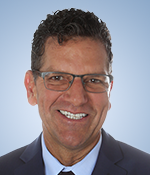 “The LGMA Board plays a critically important role in guiding the direction and objectives of this organization,” said Tim York, the current CEO who succeeded Horsfall. “We are at an important juncture. The reputation of our products, as well as consumer and regulatory confidences are critical to our ongoing success. This year, the LGMA plans to take a hard look at all aspects of the program and will be setting our strategic direction. The Board will play an integral role in that effort.”

Dan Sutton of Pismo-Oceano Vegetable Exchange was re-elected by the Board to serve as its Chairman, while Jan Berk of San Miguel Produce will continue to serve as Vice Chairman. Robert Verloop of Coastline Family Farms, was elected to serve as the LGMA’s new Secretary Treasurer, a press release explained. 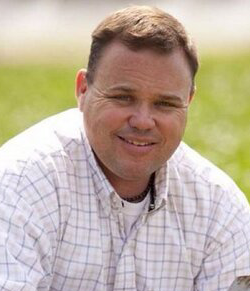 “I want to thank all of those who have served on the LGMA Board and welcome those of you who are new,” said Sutton. “Everyone puts in so much work as members of this Board and of the LGMA. Your time and commitment are greatly appreciated.”

Stepping down from the Board this year is Steve Church of Church Brothers Farms, who decided not to run for re-election after serving on the Board since its establishment in 2007.

“Steve has been such a great asset to the LGMA Board, serving as past Chairman and offering his insights and experience along the way,” continued Sutton. “We hope he won’t go too far and that he will be available to us if we need to bring him back.”

A full list of the LGMA Board Members can be found here.

Congratulations to all on these next steps!