WENATCHEE, WA – CMI Orchards has a message for retailers looking to grow category performance and drive sales in produce departments—the Ambrosia™ apple is here to lend a hand. 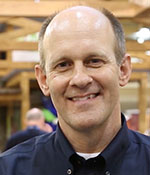 “We’re entering the strongest sales period of the year for Ambrosia,” noted George Harter, Vice President of Marketing for CMI Orchards, in a press release. “Ambrosia is the 8th best-selling apple variety in the U.S., so it is one of the few new branded apples that have the sales power to lift overall category performance. Nielsen data shows that the 10-week period from late January to April 15 is among the strongest Ambrosia sales weeks of the entire year.”

Harter noted that a 20 percent increase in Ambrosia production combined with outstanding quality has him very optimistic for record sales in the coming weeks—and added that the uptick couldn’t come at a better time for retailers—who have had it tough with smaller sizing, reduced consumer transaction size, and category price deflation affecting apple sales. 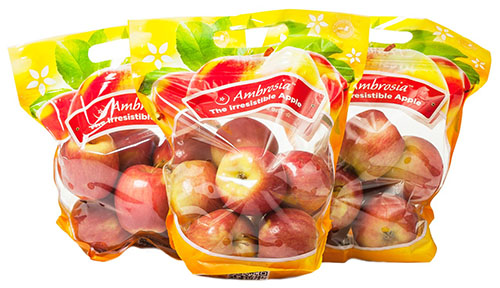 In the last five years, Ambrosia has grown precipitously, becoming one of the top-selling, new branded apple in the United States. In 2016, for the first time Ambrosia jumped into the top 10 in total U.S. apple sales, and last season, the company noted, Ambrosia jumped again, passing the ever-popular McIntosh and moving up to number 8 in apple category sales. Ambrosia apples are currently sold in more than 14,000 stores nationally. 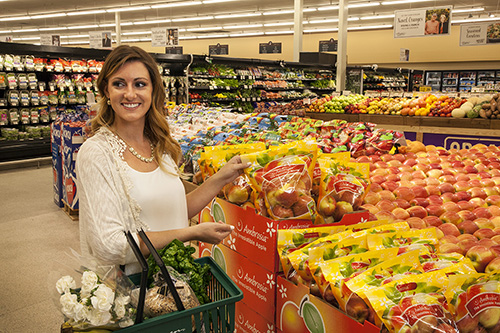 “As an organization, we’re thrilled with how Ambrosia is driving sales for our retail customers,” said Harter. “It really is amazing when you look at national scan data how many of the supposedly ‘hot new varieties’ drive less than 10 percent of the store dollars of Ambrosia. Line ‘em up, Ambrosia tops ‘em all.”

And with smaller fruit sizing out of the Northwest, Harter believes that the promotional opportunities on Ambrosia two-pound pouch bags will be unprecedented. 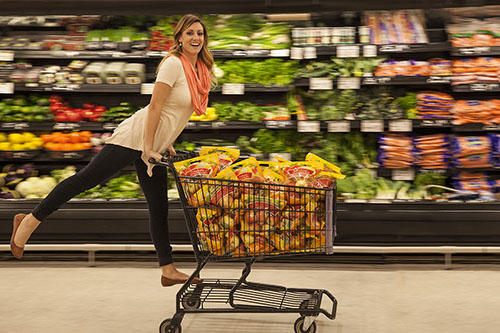 “For two years running, our CMI Ambrosia has been the #1 selling two-pound pouch bag in the U.S. With an abundance of smaller fruit perfect for bagging, I anticipate we will see a lot of retail promotions running with hot prices like two for $5,” added Harter. “The good news for retailers right now is there are some really great branded apples available to promote,” said Harter. “In addition to Ambrosia, apples like Jazz™, Envy™, KIKU™, Kanzi™ and others give retailers a lot of options for driving new category sales. The important thing for retailers to remember is it’s not by chance that Ambrosia outsells every other branded apple. It’s just a great apple that consumers love.”