CINCINNATI, OH - Annually in August, folks mark their calendar for Crosset’s Produce and Floral Conference at the Great America Ball Park in the great city of Cincinnati. And we knew without a doubt that this year the Crosset Company would once again make the event a home run with a show featuring approximately 40 vendors that drew in a crowd eager to see the growth and future of the produce sector in our industry, with an emphasis on its organic advantge.

Overlooking the sparkling Ohio River and the Cincinnati skyline, show-goers were wowed by vendors such as Lady Moon, Cal Organic, Braga, Greenfield Farms, and more. 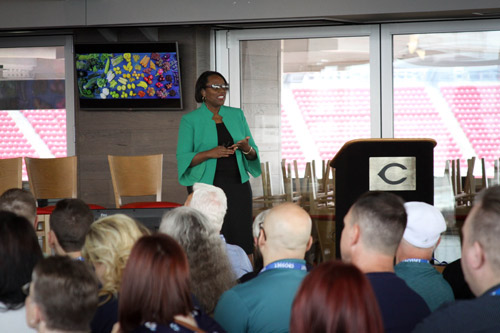 With organics on the rise more than ever before, the show highlighted both up-and-comers and those first-string companies who have continued to make it their mission to offer consumers what they’re looking for. As Lauren Scott stated in her keynote, this is the first time in history that organic produce is being sought after by five generations at the same time, and the ‘organic consumer’ is ‘anyone with lips.’

The highlight of the Crosset event was the panel, which took this idea and expounded upon it, shedding some light on the future of organics and what retailers and suppliers should expect in the next ten years. The people who sat on this panel were Todd Linsky of Todd Linsky Consulting, Sherrie Terry of Sherrie Terry Consulting, and Anaïs Beddard of Lady Moon Organic Farms. 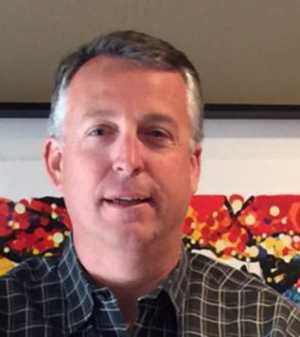 “The conversation was lively and centered around ethics, policy, promotion, and the sustainability and viability of how we go about conducting business,” Todd explains. “Many wanted to know what was next for the organic industry and the retail sector as a whole. I spoke to the effects of ‘dumbing down’ the food supply and what it means to the farmer, retailer, and the consumer.” 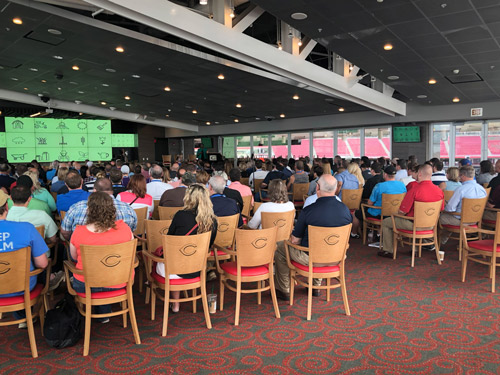 He added that the most heartening moment of the panel was seeing people have an “aha!” moment, as attendees understood the message he was there to share with them. The audience was genuinely interested in examining their businesses from a new perspective, Todd tells me.

With over 300 people in attendance, panel viewers were excited to hear more about the potential of organic growth, and Sherrie was more than happy to offer her insight. 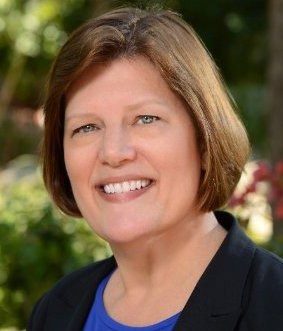 “Organic produce sits at the convergence of emerging and enduring consumer wants, needs, attitudes, and beliefs,” Sherrie explains to me when I ask her about the future of organics and how it will affect retailers. “The size of the category today and its potential for continued exponential growth makes ‘getting organics right’ essential. There is tremendous opportunity for those who consistently deliver quality, freshness, and a broad assortment that is always in stock, while maintaining the integrity of organic certification across the supply chain.” 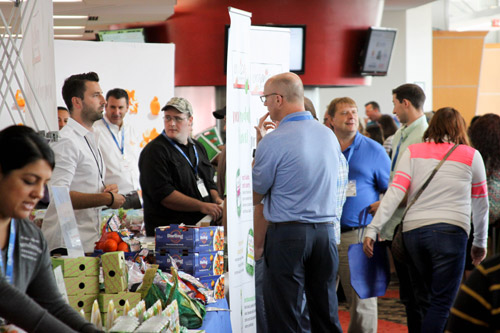 She continued, stating that, “It’s tough because of the complexity of the production system, the scope and dispersion of the grower base, and the challenge of optimizing supply chain costs and efficiencies while delivering the right assortment, quality, freshness, and value. But the size of the prize warrants finding innovative solutions. It also reinforced the need for greater consumer education on what organic means, and the opportunity to create loyal, engaged shoppers by delivering that education through well-trained, organic advocates in-store and the creative use of both in-store and digital media.”

Anaïs had a particularly special side of the coin to share, as she explained to me that the greatest highlight of the experience for her was sharing information regarding organics from a grower’s perspective. 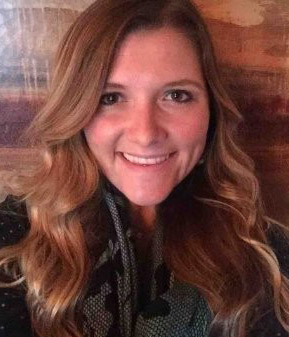 “Organics has a bright future as long as we keep the standards strong and maintain its reputation as the gold standard of agriculture,” she tells me. “I loved connecting with the people who bring Lady Moon product into their stores; it’s really nice hearing how our produce is received. Organic has become a brand so anytime it can be connected to the complex production system is a good thing.”

Once again, Crosset has knocked it out of the park. Bringing people across the industry that represent organic produce allows for new ideas to spark and opportunities to flourish.