KINGSVILLE, ONTARIO – Del Fresco Produce has announced the introduction of Organic Mini Cucumbers to its offering of products. The new mini cucumbers are part of the company’s forward leap into the surging organic produce market.

“We noticed that more and more of our customers were asking for organic products and we have responded,” said Ray Mastronardi, Vice President of Sales, in a press release. The company said rising consumer popularity with mini cucumbers made the product an obvious choice for Del Fresco’s organic lineup expansion. 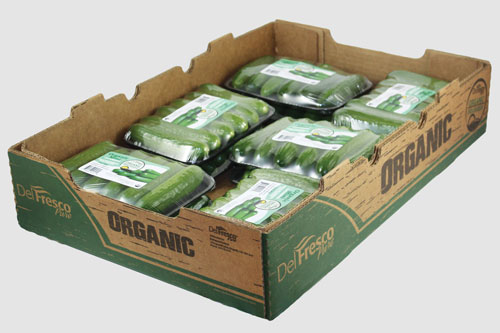 Del Fresco also announced its intentions to expand the organic lineup even further than the cucumbers. “This is a small step to a larger plan. We will continue to explore other organic options in the near future. We are resilient in our approach to stay competitive, as well as satisfying our customers’ needs,” explained Del Fresco President and CEO, Carl Mastronardi. 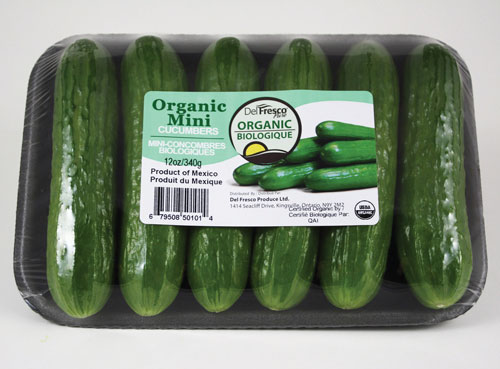 Del Fresco said its full-52-week organic mini cucumbers are the latest sign of growth for the company, which has recently expanded both in greenhouse acreage and warehouse facilities.