“We are honored Dollar General has selected Longview as a potential location for their newest distribution facility,” said The Longview Economic Development Corp. President CEO Wayne Mansfield, in a statement released last week. “We look forward to positive and continued discussions with Dollar General as this project would support additional diversification of our local economy, which is expected to realize a $700 million economic impact to the community over the next 25 years.”

For years, local and state officials have made efforts to build solid relationships between government and economic development officials, find sufficient land available, and strategize cooperative spending to improve transportation in order to collaborate on the package that led Dollar General to declare Longview as its sole finalist. 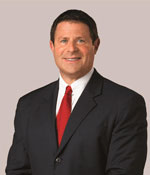 “We all know Longview is a great location to handle major distribution operations, and I am very proud of the staff at LEDCO for coordinating this major project in partnership with the city, the county, and the Dollar General Team,” said Mayor Andy Mack.

The Longview News-Journal affirms that the project will have a positive ($700 million) impact on the area as it continues the trend towards diversifying Longview’s economy beyond energy. At 1 million-square-feet and an initial investment of $70 million, the distribution center, planned to be housed in North Business Park, could create as many as 400 jobs, with other areas of the city, like facilities, housing, and food, also reaping the benefits of this project.

As the project unfolds, we look forward to seeing what the future holds for the citizens of Longview. For more news like this, AndNowUKnow will continue to report.