DOT, WA – In honor of the 2017 Autumn Glory® apple crop, Domex Superfresh Growers sent an Autumn Glory apple on its maiden voyage into space in an employee-designed weather balloon system. The project, which CEO Robert Kershaw has had in the works for two years, took the apple to a height of 116,000 feet and to a temperature of -77 degrees Fahrenheit. 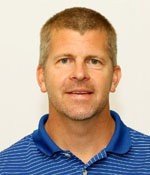 In a press release sent out after the launch, Kershaw said, “A fried chicken sandwich was recently lifted into the stratosphere on an outsourced balloon mission, and other apples have hitched ‘pay-to-fly’ rides on commercial rockets, but this project was executed entirely by our employees. It is such a fun way to build company excitement, while introducing others to what we believe is a delicious and unique apple."

The valiant apple was plucked from its tree on an Autumn Glory apple orchard in Selah, Washington, and placed directly onto the flying contraption. As the apple reached the apex of its ascent, the balloon ruptured, and a parachute returned the apple safely down to earth in Dot, Washington, 14 miles North of the launch site. 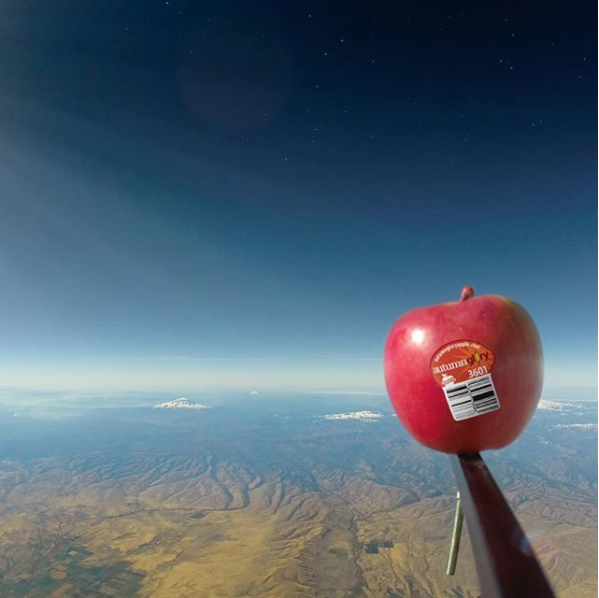 After enduring a 14 mile hike through the darkened landscape, Steve Potter and Jeff Johnston, Project Leaders, along with the Media Manager, Tyler Weinbender, retrieved the apple. 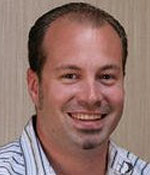 After the launch, Potter waxed sentimentally, “The balloon launch reminded me of what NASA meant to me as a kid growing up in the 1980s. We used to watch shuttle launches in the classroom. We would all be in awe, everyone got behind it. Today, people seem passionate about things that have a divide arguing about sports, politics, and religion. The project involved working together on technology and design to achieve a common goal. Our nerves were on edge throughout the entire launch and recovery process, but it would have felt rewarding regardless of outcome.”

The Autumn Glory has experience success as well, selling out two months earlier than anticipated last year; Domex Superfresh Growers will double its upcoming Autumn Glory crop and hopes that it will soon be able to make the apple available year-round. To keep up-to-date with the Autumn Glory’s adventures, both on land and above, stay tuned to AndKnowUKnow.