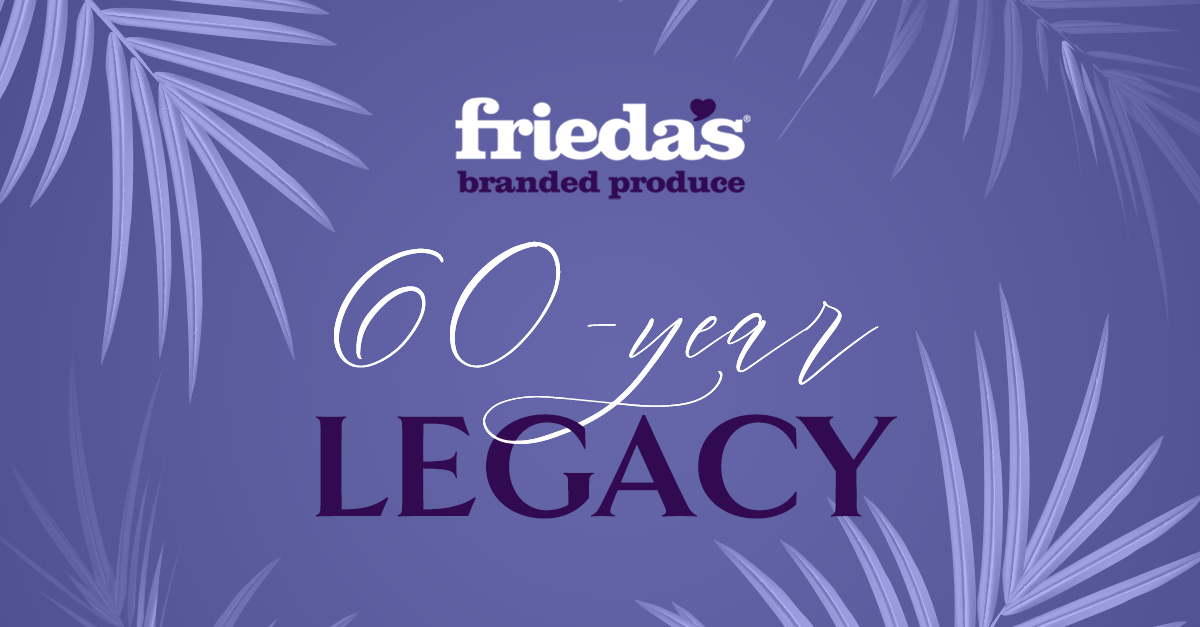 Frieda's Celebrates 60 Years of Purple and the 2022 Pantone of the Year, Very Peri

LOS ALAMITOS, CA - Purple. Regal, luxurious, and oft associated with the late Dr. Frieda Rapaport Caplan, Founder of Frieda’s. Our industry will always continue to celebrate the efforts and establishments that she made throughout her career, but it feels extra special this year as the company celebrates its 60 years in business. Serendipitously, Pantone also claimed this year’s Color of the Year is Very Peri. Coincidence? Maybe, but a fortuitous occurrence.

“Sometimes two very different points in time can feel very similar,” stated the press release from Frieda’s. “As we at Frieda’s look to celebrate 60 years in business in 2022, we cannot help but notice that as the global pandemic begins to wane, the opportunity that lies ahead does not feel dissimilar to the world of possibilities that were unlocked as Frieda first opened her business Produce Specialties, Inc. on the Los Angeles Produce Market.” 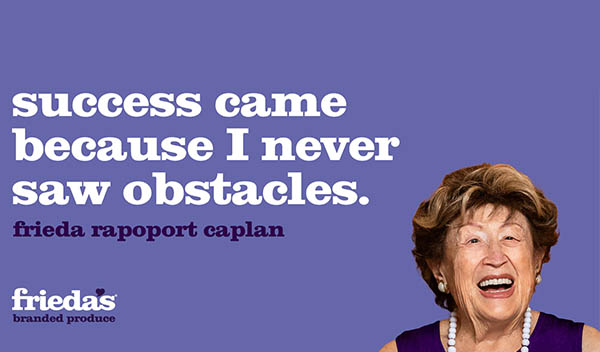 Frieda Caplan took on purple as her brand color when she opened the doors of her business, a move the company noted as particularly courageous when marketing produce at that time was a male-dominated industry—some say it still is—adding a signature beauty to her and her business's innovative approach. In 1990, the company was officially renamed Frieda’s. We had the opportunity to explore this journey in The Snack Magazine's Becoming Timeless.

Both the color Veri Perry and Frieda, continued the release, are known for displaying a joyous attitude and dynamic presence that encourages courageous creativity and imaginative expression. According to the official Pantone website, the PANTONE 17-3938 Very Peri was chosen because it is a symbol of both the global zeitgeist of the moment and the transition we are going through today.

“As we emerge from an intense period of isolation, our standards are changing, and our physical and digital lives have merged,” the release continued. “Very Peri encompasses the qualities of the blues with a violet-red undertone, displaying a spritely, joyous attitude and dynamic presence that highlights the expansive possibilities that lay before us, just like Frieda did.”

In the words of Frieda, “Success came because I never saw obstacles.”

So, as we continue to push onwards and upwards, sprinkle a little Veri Peri in your day for some inspiration, for some motivation, or for some solidarity.