LOS ANGELES, CA - Giumarra Nogales has successfully completed its first load of watermelons delivered by railroad by working with Nogales-based Pacific Brokerage. This marks the first time in decades produce grown in Mexico was shipped via train, according to a press release.

“Although our delivery had a few challenges, we feel the overall success of the trip demonstrates that watermelons are sturdy enough to handle rail shipment, and it may be a viable option for us in the future,” said Gil Munguia, Division Manager of Giumarra Nogales. 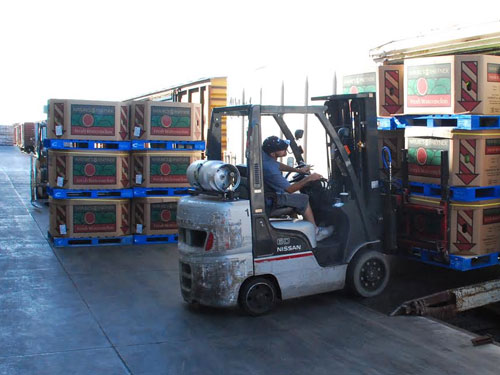 Giumarra’s Cesar Pacheco, Sales Manager, worked with J.B. Manson of Pacific Brokerage for over three years to find a railroad company that expressed interest in the project. Their efforts found traction with the state of Arizona’s “Arizona/Mexico Commission” and the Port of Tucson. Subsequently, Union Pacific and CSX Corporation have agreed to participate in a pilot program with Giumarra. 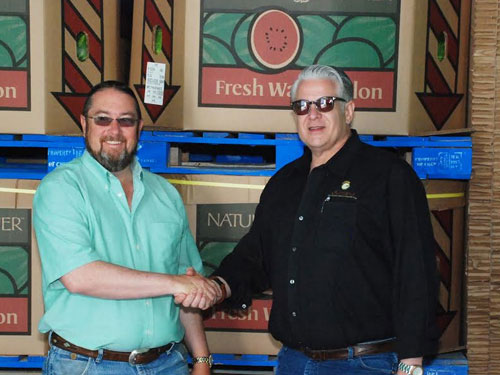 “With the success of our first run, we hope to push skepticism to the side and grab the attention of the railroads for future projects,” said Pacheco. “We can move one ton of cargo more than 500 miles on a single gallon of diesel using rail. We believe this will help minimize the carbon footprint of long-haul shipping.”

Currently, Giumarra is planning to ship honeydew melons, winter squash, and cucumbers within the rail pilot program. The next shipment planned is headed for Chicago, Illinois on a 64-foot railcar.